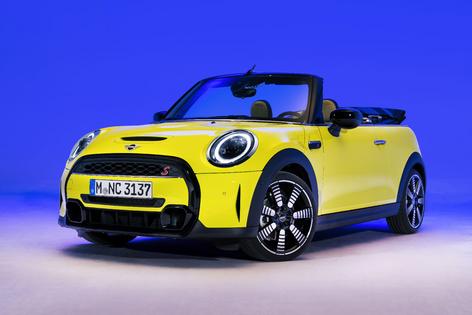 What does the Mini Cooper have that the VW Beetle lacked?

The question arises because the Mini is still here while the Beetle isn't. The resurrected icon was initially very popular when VW brought it back in the late '90s but became less so after it was significantly restyled in 2010 -- made to look sleeker and more aggressive.

Mini didn't make that mistake, which probably explains why it's still around.

The BMW Mini Cooper is the resurrected, modernized version of the iconic British Mini Cooper of the '60s. Like its ancestor, it is small and pugnacious while managing to maintain a friendly, approachable demeanor.

It is also currently the smallest new car you can buy. The hardtop coupe is only 152.2 inches long end to end. For some sense of scale, a subcompact sedan such as the Hyundai Accent is 172.6 inches long.

It also has the smallest standard engine put into a new car -- just three cylinders and 1.5 liters. And it is also one of the very small handful of new cars still available with a manual transmission.

Would you be interested in a lighter, quicker -- and less expensive iteration of BMW's Z4 roadster? With a hard top rather than a soft-top?

Then step right up! Toyota has what you're looking for -- in a package that's ...Read More

The measure of luxury used to be amenities -- things like climate control air conditioning, leather seats (heated, even) and, of course, power everything.

The problem for luxury car makers is that everyone else has those ...Read More