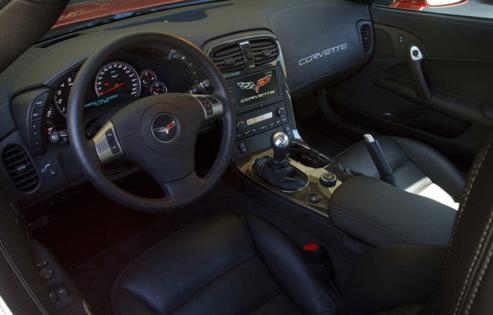 A: Although it looks like leather, the dash cover is likely vinyl. I don’t know of any way to fix the problem. But there are replacement dash covers available. Most of them are salvaged so checking around with auto recycling businesses or on the internet may be your best bet.

Q: Just had a harrowing drive in the rain on a two-lane road, blinded by oncoming headlights, exacerbated by reflection on wet road surfaces. Not one driver switched to low beams. Is that a thing of the past? With today’s high-intensity headlights, it’s more than a courtesy gesture. It’s a safety necessity.

A: Cars sold in America have a switch to change from high to low beams. A reminder light on the instrument cluster must glow when high beams are selected. The majority of motorists dip their lights to oncoming traffic, but those high-intensity low beams still bother a lot of drivers. I have experimented with anti-glare nighttime glasses but haven’t yet found ones I really like. If you wear corrective glasses, always opt for the anti-glare coating.

Q: I have a 2014 Toyota Avalon with around 73,000 miles. I had front and rear brakes replaced at the Toyota dealer. The brakes squeak when I start up the car and back out of the driveway. I took the car back to the dealer and was told that when brakes are replaced this is a common occurrence on startup as they no longer use asbestos as part of the brakes, which are now metallic. I told them I do not hear the brakes of any other cars on my block, either new or old, squeaking. They replied that even some new cars have squeaking brakes. Truth or not?

A: Brake noise can happen after a brake job and often it goes away after a short while. But if the noise continues, there are solutions such as anti-squeal compound and shims that can stop the high frequency vibrations. Give the brakes a few weeks.

Q: I have a 2017 Toyota RAV4. When parked outside overnight or in the garage, the front brakes squeal when backing out. Once I go forward, there is no sound when I approach a stop sign or light. The dealer said there’s nothing wrong with the brakes. Any ideas as to what could be causing the noise and any solutions? Is there is something I can spray on them?

A: Yes. It is called anti-squeal compound. It is also available in tubes and as a paste. Applying it to the back sides of the pads usually quiets them down. I don’t know if it stops the squeal when applied to the backsides of pigs.

Q: Please settle a disagreement between me and my bride of 37 years. She leaves on the radio, heater and other accessories when she turns off the ignition to her 2019 Honda CR-V. I say this is a slight drain on the battery when the vehicle is restarted. She says it does not matter. Who is correct.

A: Although I am not a qualified marriage counselor, I must agree with the husband. The ignition switch is the master and breaks the circuits for all of the accessories with the key off and bypasses them during cranking.