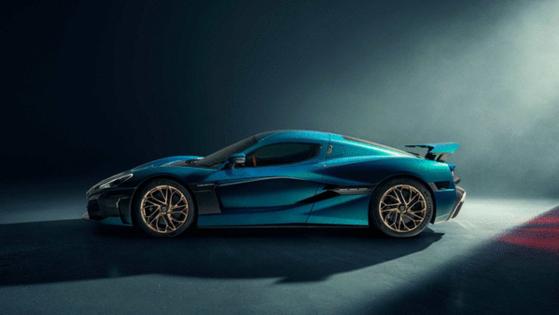 For those who begrudge the coming of the electric car age, who claim that the only way a sports car can deliver thrills is a loud exhaust and rumbling engine, I give you the Rimac Nevera.

The Nevera is a hypercar that redefines high performance at a price that ensures its exclusivity: $2.1 million. In all, the company plans to build a mere 150. If those numbers astound you, so will the Nevera’s performance stats. Reaching 60 mph takes 1.85 seconds, reaching 100 mph takes 4.3 seconds, with the quarter mile arriving in 8.582 seconds at 167.51 mph. Top speed is 258 mph, making it the fastest electric production car in the world. Take that, Elon.

Odds are, you’ve never heard of Rimac, a 12-year-old manufacturer of batteries and other systems for various manufacturers, including Porsche, Hyundai, Koenigsegg and Aston Martin, among others.

But the company always wanted to build cars, and the Nevera is the perfect stablemate alongside Bugatti Automobiles, which Rimac bought a controlling interest in from Porsche AG. Bugatti remains in Molsheim, France, even as Rimac builds a new headquarters in Zagreb, Croatia.

Yes, the car comes from Croatia, a country that has never built one. It’s acknowledged in the Nevera’s side air vents. They’re intentionally shaped like a cravat— the 17th century necktie worn by Croatian mercenaries during the Thirty Years' War. Otherwise, its styling is very much modern hypercar, hand built as a one-piece carbon-fiber monocoque chassis. Underneath its knife-edge style is a 117-kWh battery pack that makes this power player possible. Rimac says the Nevera has a 300-mile range and recharges to 80% in 25 minutes using a 350-kW charger.

The Nevera’s performance comes from the electric motors at each wheel, controlled by one of five driving modes: Range, Cruise, Sport, Track and Drift. Each mode gets its own settings for aerodynamics, steering dampers and torque vectoring. Range is perfect for toddling around town, working solely in front-wheel drive to provide the most range. You can also use Cruise, with all four motors providing all-wheel drive, although you only get 670% of the car’s power. There are also self-explanatory Sport, Track and Drift modes. Switching modes is as easy turning a knob.

Climbing inside the Nevera proves fairly easy, as designers carved out large roof openings when the scissor doors open, making it easy to prevent you from bashing your noggin. The cabin proves very accommodating for two normal-sized people, something not always true of sports cars. It’s easy to find the perfect driving position and get comfortable.

Once ready, you’ll find driving the Rimac Nevera resets everything you know about driving, electric cars and sports cars.

Yes, it makes some noise, clunking noises form the rear mechanisms that are reminiscent of driving a roadster from 80 years ago. There’s an electric motor whine as well, but silence and some road noise are all that you get. Since the Nevera gets it from a battery, it’s the smooth, silent type.

But the amount of power, and the speed it induces, will have you grasping for superlatives, all of them unequal to the task. If both axles are receiving 100% of the power in Track mode, all of its nearly 2,000 horsepower is instantly available, and the g-forces it produces can make you dizzy. But even in Cruise mode, when each wheel receives 70% of the power, the automobile suddenly accelerates to insanely high speeds. It’s a car that will always win the stoplight grand prix.