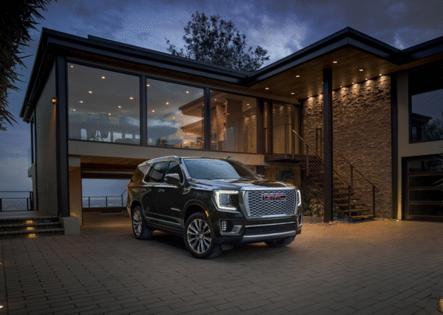 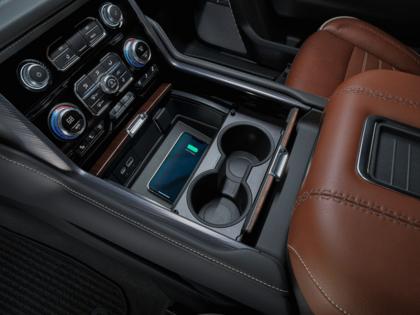 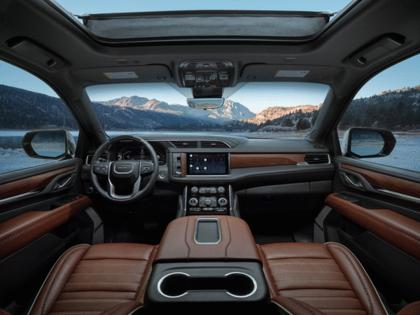 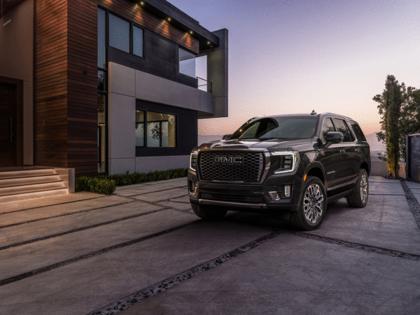 Well, mostly. I drove GMC’s three-ton flagship to the Windy City for family Thanksgiving with the in-laws, where the big ute was as useful as 335-pound William “Refrigerator” Perry on Soldier Field’s goal line. And as awkward as the Fridge trying to squeeze into a booth at the Eleven City Diner on Wabash. There was never a dull moment.

Tell Mrs. Payne there is a family holiday gathering and she’ll start packing a week in advance. Good thing we had the Denali and its yawning 123 cubic feet of cargo room. We packed it with wrapped Christmas gifts, food, suitcases, computer bags, a cooler, tennis bag and a partridge in a pear tree.

I stepped on the Denali’s throaty 6.2-liter, 420 horsepower V-8 and we were in Chi-town in no time, cruising up State Street in our five-story-tall SUV — waving at people in their apartments — to our hotel on the Near North Side. You might think that we were an anomaly in the packed residential streets of Chicago, but you would be wrong.

Despite $4-a-gallon gas, a gridded street system laid out 100 years ago and parking spots the size of postage stamps, Chicago was bustling with giant SUVs and pickups. In our swanky North Side neighborhood I saw numerous Yukons, Chevy Tahoes, Ram 1500s, Ford F-150s and Expeditions — and just two Chevy Bolt EVs all weekend. As industry production fractures into government-forced electric vehicles — and the gas-guzzling utes to pay for them — it was a telling sight. Indeed, had I been driving an EV, I had few opportunities to charge it — downtown had but two fast-charger stalls.

My Denali Ultimate cost an eye-watering $97K, but its electronic gizmos are fast trickling down into more affordable vehicles — making huge utes more drivable in small places. Typical of GM vehicles, its ergonomics are superb with intuitive steering wheel scroll wheels to adjust cruise control, dials for climate control, buttons for self-parking. Yes, self-parking. On Walton Street west of the Magnificent Mile, I watched a white Yukon Denali Ultimate — the salt-colored opposite of my black-pepper model — parallel park itself. Then its mother hen clambered down from the cockpit, dragged a stroller from the back and hustled three kids into the nearby Lululemon.

She appeared a seasoned pro, and no doubt used GMC’s hands-free, Enhanced Automatic Parking Assist — one of my favorite urban features. GM also has one of the most advanced self-driving systems in the business (more on that later).

I didn’t bother to parallel park in Chicago; I tried something more difficult: parking in a garage.

My relatives live in a building built in 1925. The garage beneath it is a mouse maze designed for cars of that era, not the barges of today. The 6’5” tall Yukon barely cleared the entry door, but then its sensor system went to work to help me squeeze Denali into its designated spot.