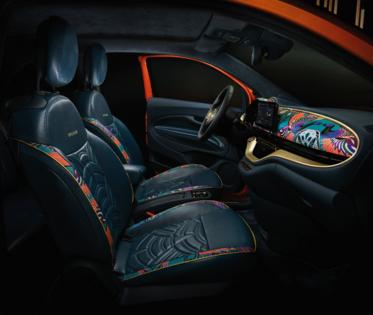 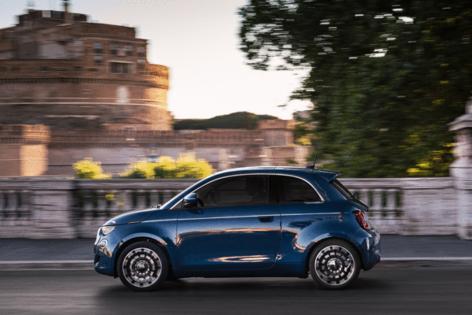 The arrival of the North American all-electric Fiat 500e in 2024 will mark the new direction of Stellantis NV's Italian small-car brand on the continent: pursuing wealthy, urban buyers looking for a fun ride.

Fiat CEO Olivier François told The Detroit News from the Los Angeles Auto Show that the 500 hatchback is Fiat, and it won't pursue here larger vehicles that Americans tend to prefer. Instead, it'll be a niche brand likely taking advantage of alternative retail models like subscriptions and rentals and generate regulatory credits to help offset emissions created by popular SUVs and trucks from Stellantis' other brands. Fiat's volume will come from other markets like Europe and South America.

"I am not going to push for the volume at all," François said. "I am not going to try to sell your a small car if you are replacing your midsize SUV and midsize sedan, not at all. These are mobility objects for people living and commuting in the city every single day."

He added: "The last thing the U.S. market needs is another brand, another car. No one needs us here if not with the 500. There is a lot of love."

The strategy marks a different approach to the market than when Fiat returned to the United States in 2011 after giving up on it after 1982. The focus then as the country emerged from the Great Recession was as a small, economical commuter car, launching with a base price of $15,500. It was followed in 2013 by the all-electric 500e, a Mexico-built internal combustion engine vehicle converted to support the battery powertrain that the former Fiat Chrysler Automobiles NV CEO Sergio Marchionne famously asked customers not to buy because the automaker was losing thousands of dollars for each one sold.

But Americans' demand for vehicles to road trip, overland and haul has grown. The 500 city car was pulled from the market after 2019. Fiat's current lineup features only the Fiat 500X subcompact crossover. The North American 500e will be revealed at the 2023 L.A. auto show.

The 500 has had its most success with performance offerings like through the brand Abarth and luxury offerings like its partnership with Gucci, François said, as models for customers with more than one-car garage and finances to afford a fun ride. One-off models designed by Armani, Bvlgari and Kartell revealed Thursday at the auto show will be auctioned off to support climate change organizations.

The 500e will be available to order six months out from its arrival in U.S. showrooms in the first quarter of 2024. It'll be built in Italy, so it won't qualify for the new $7,500 federal EV subsidy that requires vehicles be assembled in North America.

It's based off the "New 500" currently sold in Europe. That vehicle was built from the ground up as an EV, and it's the company's best-selling EV, François said. It's also the most-awarded Fiat ever, snagging honors as the top EV sold in Italy and Germany in the first half of 2022. Fiat plans to be an all-EV brand by 2030.

"It's nothing that a Tesla doesn't have," François said. "The pleasure, the fun, torque, acceleration, silence, the level of craftsmanship" and technology.

That vehicle offers fast charging with up to 30 miles of range in five minutes, François said, and new testing suggests an urban driving range of more than 150 miles. The vehicle starts at more than $28,800 (27,800 euro) in Italy.

The direction also will include a different customer experience, François said. Sales at launch will focus on big metropolitan areas mostly on the coasts like in California and Florida. And the emphasis will be buying online, not in showrooms. There could be limits to that, however, with state laws protecting franchise dealers.

"We love our dealer network," he said, remarking on the traditional sales model of going to a showroom. "This has been going on for 100 years. I am not sure that will continue."

He pointed to opportunities with subscriptions of varying lengths from minutes to days to months, which could offer an introduction for customers to EVs. Those efforts across the industry have faced varying degrees of challenges and successes. Stellantis' Free2move subscription and short-term rental brand, however, has been profitable since 2020 and continues to grow. The semiconductor chip shortage also has resulted in delays of subscription services from other brands like Jeep.

North America's roughly 10,000 sales is a sliver of Fiat's 1.4 million transactions, which makes it the top volume brand for Stellantis.

"What's really is exciting we're coming to America, because we want to," François said, "not because we need to."

Subaru has gone to great lengths to entice outdoor enthusiasts with its well-touted symmetrical all-wheel-drive, and model names like Forester, Outback and Crosstrek.

But nothing says rugged better than the new Wilderness...Read More

A candidate in the race to become president of the United Auto Workers is suing the union and its court-appointed monitor in an effort to extend the deadline by when members can request ballots and return them in the first...Read More