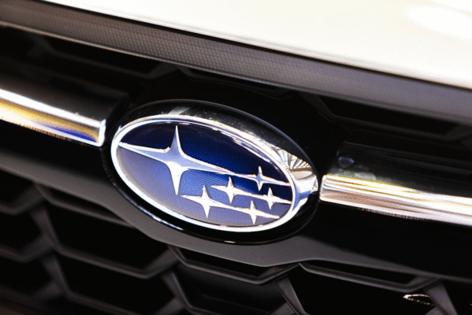 Q: An internet video shows Subaru Outback coolant being drained by loosening the lower water hose. Is there any easier way to drain the fluid?

A: Yep. There is a drain plug at the bottom of the radiator. (You may have to remove a cover to gain access.) But if you are impatient and want to get a bit more coolant out of the engine, the hose technique makes sense. Removing the radiator cap also speeds things up. Be sure to dispose of the used coolant properly by recycling, not pouring it down the sewer.

Q: I have a 1965 Ford Mustang with a 289 CID engine. (I have owned it since 1975). I drive it only about 400 miles a year. As you are aware, this automobile originally used leaded gasoline, but today only unleaded gasoline is available. With the switchover to unleaded years ago, I originally started adding lead additive to my gasoline, but in the past couple of years I have not, after speaking with a mechanic who said that with the number of miles I drive each year, I don’t need the lead to coat the valves. Also, the engine runs a little rough with the 89-octane gas but was very rough when I used higher octane gas years ago. Now my problem: When I start the car, it blows heavy black smoke (carbon?) out the exhaust, to such an extent that it causes a heavy greasy black smudge on my garage floor. (I use a carpet to protect the floor.) This occurs every time I start the car, even if I have driven 10 or 20 miles to somewhere, stop the engine and then restart it 10 minutes later. This occurred both while I was adding the lead additive and now without the additive. What is causing this, and is there some way to correct it?

A: Chances are the black is coming from a buildup of soot in the exhaust system. When you start the engine, that sudden rush of exhaust and water vapor spits some of it out. It is probably nothing to worry about. Lead buildup created cushions on the valve seats. With so few miles per year, valve damage is not an issue.

Q: I own a 2021 Honda CR-V and the idle-stop feature stopped working recently so I had the dealer look at it. His explanation was that I should not be using this in stop-and-go driving as it does cause battery voltage drain to the point the feature stops working altogether. One of the parameters it looks at is battery voltage, according to Honda. It is irritating that it defaults to active, so the first thing I do when I get in the car is turn it off!

Q: My car has the automatic stop-start system on the engine. If I go out to start my car some morning and the battery has run down enough that it won't start the car, can I push the "start" button to start the car's systems, then put on the brake and shift the gear selector knob to "D" then take my foot off the brake, and start the car?

A: Have you tried it? I don’t think it will work. A dead battery is just that: dead. RIP. (Replace It Pronto.)