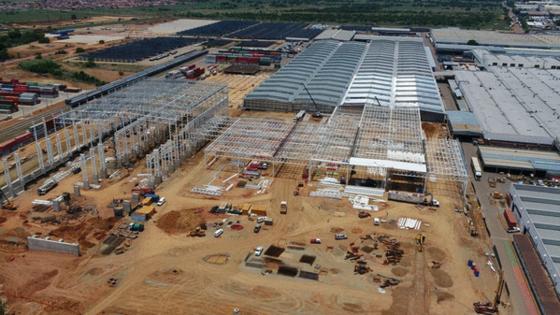 Ford Motor Co.'s Silverton Assembly Plant in Pretoria on Tuesday launched production of the next-generation of the Ranger pickup truck, becoming the third plant in the world to do so following a $1 billion investment in the Dearborn automaker's South Africa operations.

Underscoring Ranger's popularity around the world, Ford now has three production hubs building the next-gen model for global export: the Silverton plant, as well as two plants in Thailand. Operations in Vietnam and Cambodia also will build the truck, and plants in the U.S. and Argentina will start production on it next year.

The South Africa operations assemble the truck for the local market as well as exporting it to more than 100 markets, including Europe. The more than $1 billion investment in South Africa Ford announced last year helped expand the automaker's operations there, including the addition of 1,200 new jobs to support a third shift at the Silverton plant and a boost in production to some 200,000 units annually. The new jobs bring Ford's workforce in the country to 5,500 people.

Ford said at the time of the announcement that the investment would be its largest to-date in South Africa, where it's had a presence for nearly a hundred years.

Of the total investment, approximately $686 million went into modernizing the Silverton plant, including building an on-site stamping plant, as well as a new, "highly automated" body shop, according to a news release. Approximately $365 million of the total investment went into tooling at Ford's supplier companies in the region. And Ford spent about $34 million to upgrade its Struandale Engine Plant in Gqeberha, which supplies the Silverton plant.

"The start of next-gen Ranger production in South Africa highlights our commitment to delivering must-have products for our customers, not just in South Africa but around the world," Dianne Craig, president of Ford's International Markets Group, or IMG, said in a statement.

Ford officials also said in a news release that the investments supported initiatives aimed at ensuring the next-gen Ranger is built to the highest quality standards.

"We took several strategic decisions including the decision to bring the stamping operations and the frame manufacturing in-house, to ensure complete control of the production quality," said Andrea Cavallaro, Ford IMG's director of operations. "To meet our volume and quality objectives, we have the world's only Ford-owned and operated chassis manufacturing plant at the Silverton plant that uses the most advanced technologies currently available."

Other quality initiatives — a major focus within the company right now amid attempts to reduce warranty and recall issues — include the use of in-line Perceptron measurement systems that scan every part produced, and another scanning system that creates detailed 3-D models of manufactured parts. Ford officials said the tools give employees access to real-time data, enabling them to identify quality issues sooner.

Ford launched production of the Ranger in South Africa in 2011. The Silverton plant went on to produce nearly 874,000 units of the truck, with nearly 603,000 going to global markets. The South Africa-built Ranger also is popular in its home market.

"The success of the Ranger globally establishes it as one of Ford's most important nameplates sold in every continent," Neale Hill, president of Ford Motor Company Africa, said in a statement. "The next-gen Ranger is sure to raise the bar yet again and with the start of production in the Silverton assembly plant, South Africa is proud to play a role in its growth."