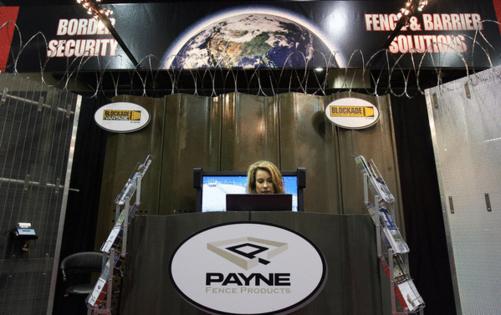 From a pandemic to an internal scandal on top of supply disruptions causing mass temporary layoffs, Lana Payne already has seen Canada's largest private sector union through a series of trials.

But the newly elected — and first female — president of Unifor isn't settling down. Supply issues remain a concern. The scandal that prompted former Unifor president Jerry Dias to step down is still a fresh wound. And the union aims to ensure Canada and Canadian autoworkers are central to the electric-vehicle future.

Next year, Unifor and its U.S. counterpart, the United Auto Workers, will negotiate crucial contracts with the Detroit Three automakers during a time when the industry is seeing growth amid challenges. Automakers have remained profitable in spite of the pandemic's supply issues, continuing to spend billions on the EV transition. The unions now have to push to remain relevant when gas and diesel-powered vehicle production phases out.

"Despite the horizon, workers right now are still dealing with a lot of bumps as a result of the pandemic and the supply chain issues associated with that," Payne, 57, said in an interview with The Detroit News. "We're still working through a number of those things, but that can't stop us from doing the work that we know is necessary to build the sector as we go forward."

Payne, who took office last month, sees opportunity for Canada in the EV transition. The country ranked fifth worldwide for its lithium supply in BloombergNEF’s second annual Global Lithium-Ion Battery Supply Chain Ranking released in October 2021. In its recently released set of policy recommendations, Unifor points out the need for expansion of mining and refining of critical EV raw materials for Canada to have "a unique advantage and a foundation upon which an industrial strategy can be built."

The supply assets are on top of Canada's auto-making history and highly skilled workforce, which Payne says are the ingredients for the country to have a "great and robust ascent into the future."

Those ingredients have to be put together to achieve a successful transition, the Unifor president said: "There's no time for complacency ever, and this certainly isn't one of those times. We've got to keep pushing forward.

"We know that there's an opportunity and what that means is we've got to be able to seize the moment ... that means not giving up on the potential that we have going forward and not thinking it's just going to happen because all of these ingredients are there. We have to push for it."

Payne doesn't have an automotive background, but she sees the importance of the auto sector to the union. A former journalist, she started working in labor at the Fish, Food and Allied Workers Union when it was part of the Canadian Auto Workers in Newfoundland. Unifor formed in 2013 after the Canadian Auto Workers and the Communications, Energy and Paperworkers union merged.

"The historic base of the CW's membership was male auto manufacturing workers in Ontario and so it does signal an interesting shift in the union that's been coming for a long time, too, because CW's membership has not been majority auto manufacturing for a long time," said Stephanie Ross, an associate professor and director of the School of Labor Studies at McMaster University in Ontario.

Shares of Ford Motor Co.'s stock plummeted 12% Tuesday as investors reacted to the automaker's warning that the effects of inflationary pressures and supply constraints would show up in third-quarter earnings.

Hertz will offer GM EVs across all brands: Chevrolet,...Read More

Ford Motor Co. reaffirmed its full-year financial guidance Monday even as it said it expects to have a "higher-than-planned" number of vehicles assembled but awaiting parts at the end of the third quarter due to supply ...Read More

PLANT CITY, Florida — Seeking respite from the afternoon Florida sun, Joe Petty clambered inside his 2017 Ford F-350, turned on the air conditioning and took stock of his creation.

There's plenty to talk about with the new Volvo XC60 Recharge T8, a plug-in hybrid. It has more horsepower for 2022, greater electric range and the promise of additional money back from the government.

But the most ...Read More