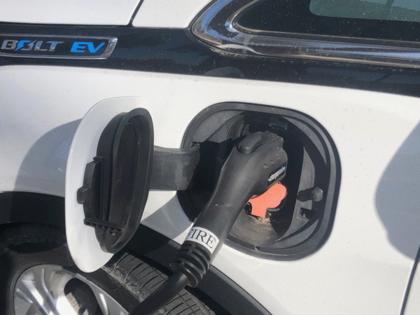 It's called the Inflation Reduction Act of 2022 but one of its primary goals is to fight carbon emissions by, among other things, giving Americans incentives to buy zero-emission vehicles. After passing both houses of Congress, the bill was signed Tuesday by President Biden.

Not everyone's thrilled with the end result. The auto industry and environmental advocates have groused about the legislation, with car manufacturers calling the incentives package a "missed opportunity" for limiting it to cars built in North America, among other gripes. Environmentalists say the act could have done more to make clean-running cars affordable and accessible.

But for consumers thinking about going electric — especially in California, where EVs and hybrid purchases are already substantially subsidized — the incentives it contains could tilt the math in favor of nabbing that new Model 3 or F-150 Lightning sooner rather than later.

A big caveat: Because of the restrictions on the types of cars that qualify for the tax credit, don't expect a great number of Americans to file for the incentives — at least not initially.

Here's what we know about the expected tax credit and what it means for car buyers.

What incentives do the new legislation offer for EV buyers?

Starting Jan. 1, low- and middle-income Americans would be eligible for a $7,500 tax credit for buying a new clean-air vehicle — a designation that includes hydrogen fuel-cell vehicles as well as battery electrics — and $4,000 for buying a used one. The credits will be limited to single tax filers with an adjusted gross income of $150,000 or less, married couples filing jointly with an income of no more than $300,000, and individuals who file as the head of a household, making $225,000 or less.

Beginning in 2024, car buyers can take the tax credit as a discount at the time of the purchase.

What vehicles will be eligible for the tax credit?

The credit can't be used for the priciest vehicles — only clean-air cars with a manufacturer suggested retail price of as much as $55,000 and $80,000 for SUVs and trucks. That disqualifies some of the expensive models such as the Hummer EV and the BMW i4.