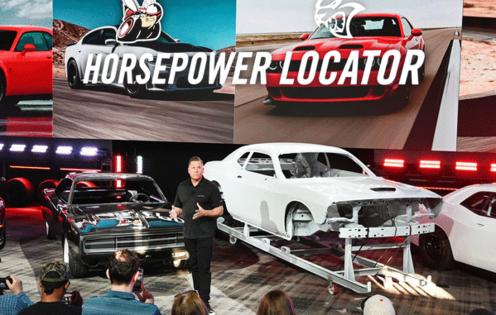 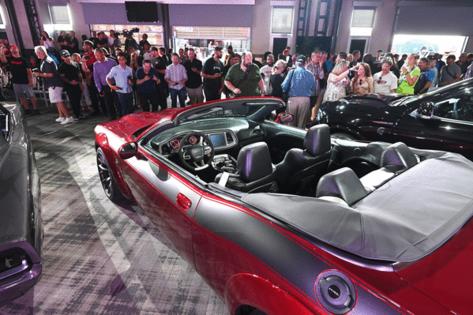 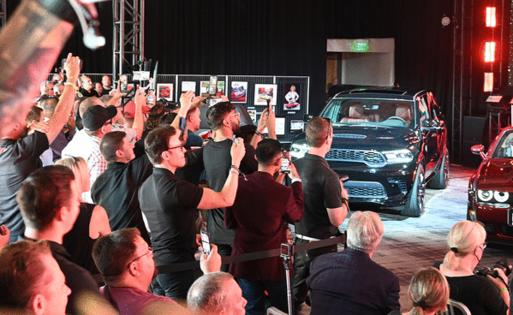 To help customers who want one of the gas-powered vehicles with a "Last Call" underhood plaque, Stellantis NV's performance brand in October will have on its website the details of where vehicles will be allocated for the final year of production and how many each dealer will receive through the rest of the run. The inventory of unsold vehicles will be updated weekly, Dodge CEO Tim Kuniskis said. Pricing for the 2023 model year has yet to be shared.

The confirmation is part of the first of a series of announcements and reveals at M1 Concourse in Pontiac, Michigan, during what Dodge has dubbed as "Speed Week" between this past weekend's Roadkill Nights street drag racing event and Saturday's Woodward Dream Cruise.

As a final sendoff, Dodge in the coming weeks will reveal seven 2023 special-edition muscle car models that will go to top dealerships like a "sneaker drop," Kuniskis said. The performance brand also is bringing back the Durango Hellcat for 2023, introducing a slew of new Direct Connection parts and has partnered with a customization shop for customers to get a convertible Challenger.

"Day one is all our current cars, all about how much more we can jam into and get out of our current cars before they go out of production," Kuniskis said. "We want to make sure we're celebrating these cars properly."

Six of the special-edition vehicles for the outgoing muscle cars will pay homage to Dodge vehicles from the past, and a seventh will be the final special edition shown at the 2022 SEMA Show Nov. 1-4 in Las Vegas. Its license plate, "1FAST29," is a hint, Kuniskis said.

"That one is making history," he said. "And that one is the one that is going to make Brampton really proud," Kuniskis, added, referring to the plant in Ontario where the Challenger and Charger are built.

Customers won't be able to order these versions. Dodge will produce the vehicles and provide them to dealers as additional inventory, which also will be updated on Dodge's website.

The effort comes amid a series of supply-chain disruptions in the auto industry, particularly a shortage of semiconductors that could last into 2024. The Dodge team says it's working to ensure it has confidence in its microchip supply to deliver the vehicles it says it will allocate to its dealers.