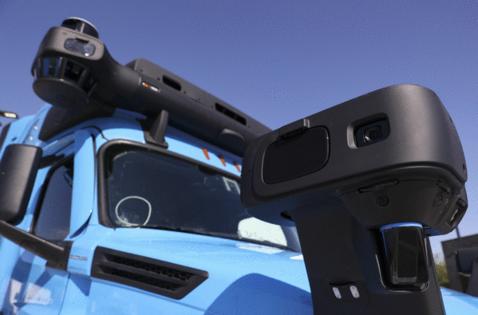 Long-haul trucking has always been a tough job that keeps drivers away from their families for days and sometimes weeks. It’s no wonder there’s a perennial shortage of them. The pool of available drivers is aging — the median age is about 46 and climbing — and the industry is struggling to attract younger people to get behind the wheel of a big rig.

Critics contend the problem is rooted in pay. Raise truckers’ wages, they say, and more will be willing to hit the road, even with the sacrifices to home life. A survey by the American Trucking Associations published on Wednesday, however, suggested the problem goes beyond compensation, especially after Covid-19 unleashed a pandemic of self-reflection on life’s priorities. The job description is stark: Live out of a truck for days while missing your children’s games or school plays.

The good news for drivers is that salaries are going up. The ATA study showed that annual pay for long-haul truckers rose to almost $70,000 in 2021, an 18% jump from 2019. The more interesting nugget from the survey was that the higher pay per mile enabled drivers to work less and be at home more while making the same amount of money, said Bob Costello, the trade group’s chief economist. “The idea that it’s only pay” that is keeping truckers off the road “is wrong,” Costello said. So higher pay isn’t going to necessarily translate into enough drivers to fill demand.

The shortage of truck drivers is now more than 80,000, and that’s expected to double by 2030, according to the ATA. At the same time, trucking freight rates including fuel surcharges jumped to an all-time high in January on the spot market as demand outstripped capacity (they have cooled some since then as fuel prices have dropped). Higher pay has also put upward pressure on rates.

There is an obvious long-term solution to both these problems: driverless trucks. But only if the industry gets off on the right foot with maximum transparency on its operations. If autonomous trucks are introduced prudently, they can improve highway safety and continue to promote the small-business ownership that dominates the trucking industry.

They are already on the road. Companies like Aurora Innovation Inc., TuSimple Holdings Inc., Kodiak Robotics Inc. and several others are testing driverless trucks on US highways with a safety driver still behind the wheel.

Some of them, such as Aurora, are planning “driver out” operations in less than two years. The goal is laudable: Increase highway safety while pushing down the cost of moving freight. The logical entry point of these driverless trucks will be in the long-haul market, where trucking companies struggle the most to find workers.

The gains from autonomous trucks go beyond the salary of a driver. For example, TuSimple said last year that its system saved more than 13% on fuel alone in a 30-month testing period with United Parcel Service Inc., mostly because the trucks drove at a steady pace between 55 and 68 miles an hour. More important, the productivity gains are exponential because the trucks can operate practically around the clock and aren’t limited to the hours a driver can put in each day. And if accidents were to drop even into the hundreds instead of the tens of thousands that occur on US highways every year, the savings on insurance would be huge.

The bar for safety will be set incredibly high, and the only way the autonomous trucking companies will gain the confidence and support from the public is with an enormous amount of transparency on their operations. People need to know how the technology works and how it’s performing before turning loose 80,000-pound robot trucks on the highways.

The National Highway Traffic Safety Administration, which is part of the Department of Transportation, supports the technology and has a tracking tool for people to see where tests are being performed. “Vehicle safety promises to be one of automation’s biggest benefits,” NHTSA says on its website. Higher levels of automation “remove the human driver from the chain of events that can lead to a crash.”

Any incidents, such as accidents or near-misses, should be reported and made public immediately. The Wall Street Journal reported earlier this month on a leaked video of an accident involving a TuSimple truck that unexpectedly swerved left on Interstate 10 and did more damage to driverless trucks’ image than it did to the truck. The safety driver was able to take control after the truck moved abruptly from the middle lane of the three-lane highway and hit a concrete barrier separating the oncoming lanes. No one was injured. The same YouTube channel that made the accident public also posted a separate video of a truck driver unbuckling his seat belt to reach back for an item and flipping his 18-wheeler.

TuSimple reported the accident to authorities and shut down its operations while investigating the cause, which the company attributed to human error when the computer system was rebooted improperly and the truck was given an old command to turn left. The company upgraded the system to eliminate the possibility of this error occurring again, Chief Executive Officer Xiaodi Hou said in an Aug. 2 earnings conference call. In seven years and more than 8 million miles of on-road testing, this is the only accident for which the TuSimple system has been responsible, Hou said.

The data that autonomous trucking companies provide needs to go beyond just reporting accidents to authorities. Statistics should include how many times and why the safety drivers grab the wheel and take over from the onboard computer, which is fed information from a combination of sensors such as cameras, radar and lidar. The argument against providing this data is that the decision to intervene is subjective and that some drivers are more skittish than others. That shouldn’t matter. A clear, downward trendline of interventions — planned or unplanned — will show that safety drivers are gaining more confidence in the automated systems they are testing.

There are other hurdles for autonomous trucks. For one, California doesn’t allow driverless operations for vehicles weighing more than 10,000 pounds. Both industry advocates, such as the newly formed Autonomous Vehicle Industry Association, and critics, including unions and safety groups, agree that the Transportation Department needs to set some rules. That regulation must perform a delicate balancing act to ensure the vehicles are safe while not smothering this nascent industry before it gets started.

Keep in mind that accidents involving driverless trucks are going to happen at some point — perhaps from a motorist cutting in front of the truck, a blown tire or a computer glitch. But they will most likely be involved in a fraction of the large-truck accidents that cause injuries or deaths; 159,000 people were injured in crashes in 2019, and 5,600 people were killed in 2021, according to NHTSA data. Otherwise, the robot-truck industry won’t survive.

The rules also need to take into account that the trucking industry is dominated by small companies and owner-operators. There are almost 2 million freight motor carriers in the US, and more than half of them own just one truck, which they likely drive themselves. Only 5,600 of these motor carriers operate more than 100 trucks. It’s important that autonomous-vehicle technology is also available to these small entrepreneurs. For now, most of the driverless-system developers have partnered with large companies, including UPS, FedEx Corp. and J.B. Hunt Transport Systems Inc.

It will take some time, perhaps years, before autonomous trucks cut into the shortage of long-haul drivers. To pave the way, transparency on how these companies’ technologies are performing will generate public confidence that, instead of being a threat, these trucks will actually be much safer and can handle the job of moving freight across the country.