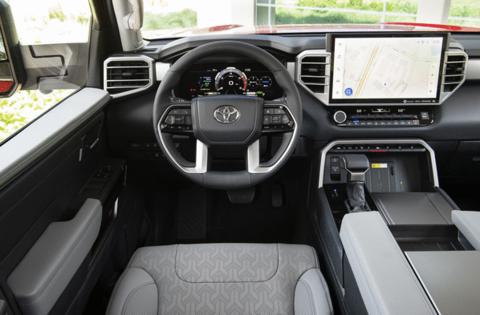 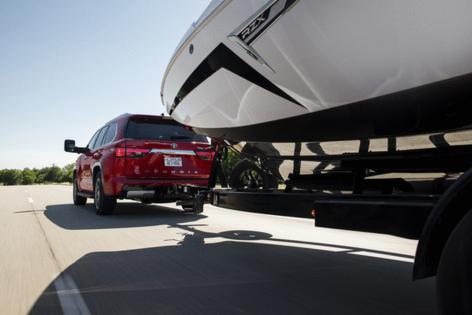 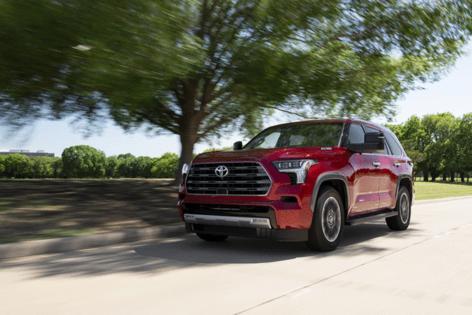 It’s been 14 years since Toyota offered a new Toyota Sequoia. Given its long life with little change, you can be forgiven if you forgot the model even existed. But with the Land Cruiser leaving the American market, the Sequoia now takes on its role as Toyota’s largest and most capable SUV in its U.S. lineup.

Given that Toyota had nearly a decade-and-a-half to come up with the next one, you’d be right in assuming that they were going to do something different for the new model, and they have. The 2023 Toyota Sequoia is a gas-electric hybrid, one of four hybrid-only models now sold by Toyota.

It uses the same iForce Max hybrid powertrain that’s used in the Tundra: a 3.5-liter twin-turbo V-6 paired with an electric motor and 10-speed automatic transmission producing 437 horsepower and 583 pound-feet of torque. Rear-wheel drive is standard; all-wheel drive is a $3,000 extra. Towing is at rated at 9,520 pounds.

It wears a face that takes its cues from the Tundra pickup, lending it a far more modern appearance than the previous model. But you’ll notice detail differences among the different trim levels, which start with the entry-level SR5 and ascend through Limited, Platinum, TRD Pro and Capstone. As you might expect, the Capstone gets a chrome-accented grille as it’s the most lavish trim level. It also has exclusive lighting, chrome-plated mirrors, power running boards and 22-inch dark chrome alloy wheels, while the TRD Pro, being the off-road champ, gets additional underbody protection and a sizeable light bar.

When it comes to size, the Sequoia’s wheelbase remains unchanged, It’s three inches lengthier than before at 208 inches long, 79.6 inches wide, 77.7 inches tall with 8.6 inches of ground clearance for most models.

And while sizable, it’s not as large as its Detroit competitors.

Load the Sequoia’s three rows and there’s less than 12 cubic feet of cargo space. Then there’s the second row, which gets less than 40 inches of legroom; it just feels tight for such a big vehicle. You’ll also find headroom to be tight as well. Nevertheless, it’s designed to carry seven or eight people depending on whether you opt for the second-row bench seat or captain’s chairs. Thoughtfully, the third row slides fore or aft by up to 6 inches to give you flexibility for carrying people or cargo.

As is common, to trim levels are very opulent for a mainstream vehicle, with the capstone benefiting from semi-aniline leather with contrast stitching, American walnut veneer and heated and ventilated front and rear seats. The truck’s generous width allows for a wide center console with plenty of space for any number of items, and its unusual design delivers a lot of flexibility for stashing stuff.

The supportive seats are wide and flat and face a horizontal instrument panel that accentuates its already considerable width. It’s accentuated by a massive 14-inch touchscreen, with lesser models getting an 8-inch unit. Toyota’s new infotainment interface, designed in America, boasts a clear, logical design that’s a refreshing change from its previously cumbersome design. It comes with standard wireless Apple CarPlay and Android Auto, as well as Toyota Connected Services with voice commands.

DETROIT — A federal judge on Monday sentenced the U.S. division of Stellantis NV to pay $300 million in penalties and forfeitures for cheating on government emissions testing on "clean EcoDiesel" for Jeep Grand Cherokee ...Read More