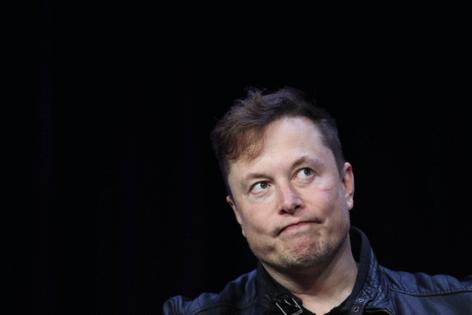 At some point, Elon Musk is going to blog again.

Four months have passed since the chief executive officer of Tesla tweeted he was working on a third “master plan” for the electric-car maker. Parts one and two were playful, endearing and hugely effective in burnishing Musk’s reputation as a visionary, ginning up excitement among investors and prospective hires. Who wouldn’t want to do good for the world by making a difference in global carbon emissions? Does ambition get any bigger than disrupting every major form of terrestrial transport?

Before Musk hits publish on another blog post, though, it’s worth taking another look at Master Plan Part Deux, released six years ago this month. Tesla has made incredible strides since 2016, becoming the world’s most valuable car company by a wide margin. But it’s also fallen short or completely whiffed on each of the four goals its CEO listed.

Let’s break them down, one by one:

It was no wonder this came first on Tesla’s list of plans six years ago. A month before part deux was published, the company announced it had offered to acquire SolarCity, the debt-laden panel installer run by two of Musk’s cousins, for $2.86 billion. The CEO was under pressure to justify what some investors believed amounted to a bailout.

Musk wrote that Tesla would “create a smoothly integrated and beautiful solar-roof-with-battery product that just works,” and “scale that throughout the world.” He said this wouldn’t be feasible if Tesla and SolarCity were two different companies.

Tesla just reported its best quarter for solar deployment in more than four years, but the solar roof product Musk touted to help close the SolarCity deal has been plagued by manufacturing and installation difficulties. He’s fired executives who led the effort, raised prices and even said in a deposition that it probably would have been better to let SolarCity execute on its own.

Covering all major forms of transportation

Musk made it Tesla’s mission to bring a new compact SUV, semi truck, pickup and bus to market. The first of those products was a nod to the Model Y, which has been a runaway hit. The Semi and Cybertruck — prototypes of which debuted in 2017 and 2019 — are years behind schedule, and there’s been no sign of a bus.