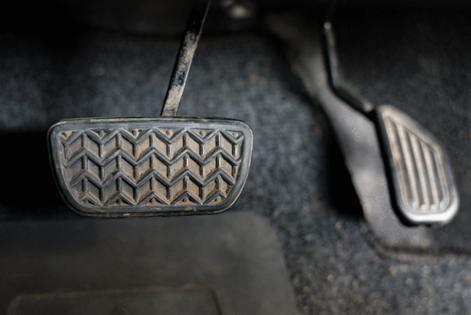 Q: When I press down the gas pedal of my 2012 Toyota Camry, sometimes I get no response. I have to jiggle the pedal before the engine will respond. One articulate mechanic explained that there is no mechanical linkage between pedal and carburetor, and the problem must lie in the computer. He didn't know how to fix it, however. This doesn't happen very often, but when I need to accelerate this slight hesitation is annoying.

A: Oops. During the Carter administration, I believe the restriction was a limit of 55 peanuts per package. You’ve got to trust me on this, I am not a crook.

Q: Some things have been bothering me for over a year now, so I thought I needed some professional help. A year ago in March my wife and I bought a brand-new Hyundai Sonata from a dealer. After negotiations we had to see the business office person. As we looked at the order and invoice we noticed charges for dealer handling, $303, and $299 for VSP etching. None of these add-ons were on the sticker. We were told that all new vehicles come with these charges, and they can't do anything about it. Is this for real or just another way to get more money from the buyer?

A: Some charges are non-negotiable such as the destination fee. But other stuff is a way to make more money (would you like the combination meal with a drink?). Etching, for instance is not required. Fabric protection is not required. Locking lug nuts are not required. And so on. You can ask that the charges be removed but expect a fight. You have the mother of all negotiation tools, your feet. Walk away from the deal and shop somewhere else.

Q: Apparently, I overfilled my gas tank on my Ford F250. The check engine light has been on ever since -- almost 1,000 miles. Are there any long-term consequences?

A: The charcoal canister in the evaporative emissions system is likely saturated with liquid gasoline. It needs to be replaced. Your fuel economy may go down. Your car won’t pass a state emissions inspections test.

Q: Why is the cost of fuel reported to the third decimal point? I have never seen anything but a 9 in this position. Wouldn't it be cheaper to manufacture pump readouts to the nearest penny?

A: It may be a shortcut to round the figures, but someone will get shorted while someone else benefits. In the past, analog pumps reported the amount of fuel dispensed quite accurately. To approach perfect accuracy, the digital reading goes to one thousandth of a cent.