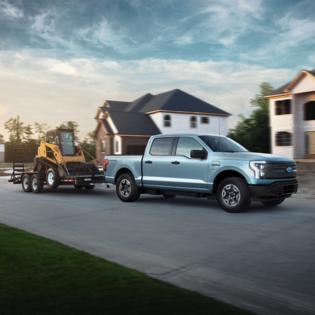 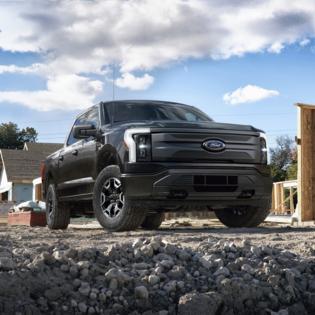 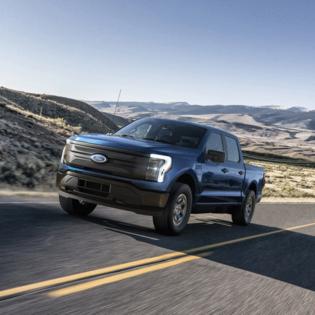 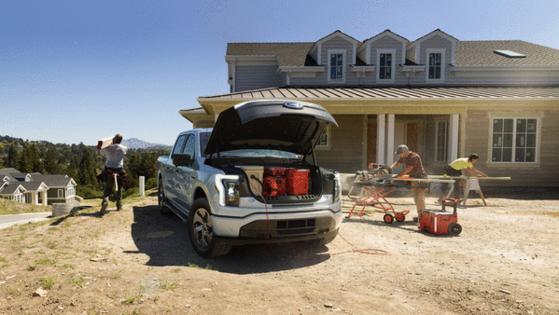 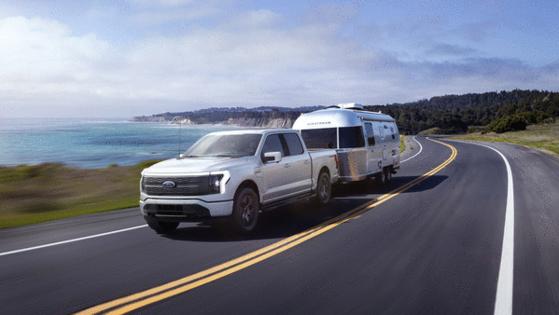 Given that Ford sold 726,004 F-Series pickups in 2021, this means that going forward, slightly more than one in four Ford F-Series will be a full, battery electric pickup. And considering that the Ford F-Series is America’s best-selling truck for 45 years, its bestselling vehicle for 40 years, and the world’s bestselling vehicle for 35 years, its acceptance as battery electric vehicle, or BEV, is nothing short of game changing.

For those who plunked their money down but have yet to drive it, your faith is well placed. For those of you waiting patiently for your Rivian R1T electric pickup, well, sometimes you just bet on the wrong horse.

Offered in ascending Pro, XLT, Lariat and Platinum models, the Lightning is about the same size as Crew Cab 4x4 with a short 67.1-inch cargo box. It uses a motor on each axle to provide four-wheel drive and a standard battery that produces 426 horsepower and 230 miles of range while providing 2,235 pounds of payload and 7,700 pounds of towing capacity. An extended-range battery increases that to 563 horsepower, 320 miles of range, 1,800 pounds of payload and a 10,000-pound towing capacity. Torque for both batteries is rated at 775 pound-feet. A single-speed transmission standard.

But it’s more than a power source for your truck. Its driveline acts as a generator, providing up to 9.6 kilowatts of energy for your worksite or to power your home for three days if the power goes out, and even more you’re careful.

Another clever feature is the optional Onboard Scales feature, which uses the truck’s sensors to estimate its payload and relay to the driver how much it’s hauling. The payload is then factored into the Lightning’s range estimate, so you never run out of juice before you reach a charger.

Its appeal becomes apparent from the minute you approach the truck. Its shape is similar to that of the gasoline-powered F-150, although the body panels are subtly different. Like the conventional model, they’re made of aluminum. However, the front fascia lacks a conventional grille. That and other subtleties reveal this to be a different animal, especially once you lift the hood. There you’ll find nothing. Since the F-150 Lightning’s driveline is stashed between this truck’s frame rails, the space is used for a 14 cubic foot, water-resistant “Mega Power Frunk.” It holds up to 400 pounds of lifestyle debris, such as two carry-on bags and one checked bag, or two sets of golf clubs. It also comes equipped with four electrical outlets and two USB chargers with 2.4 kilowatts of power, so it can be used as a power mobile work site or for tailgating. (A thought: Since it's up front, can it still be called tailgating?) There’s also a drainable floor, so your Mega Power Frunk can double as a food and beverage cooler. So, the party is on. Meet me up front.

But the real party comes once you climb behind the wheel. That’s when this truck becomes a revelation. Grabbing a key fob for an F-150 Lighting XLT with an extended-range battery and tooling around San Antonio, the party came on fast and furious, delivering more power than the screaming hot, high-performance, Baja-tuned Ford F-150 Raptor. And driving a truck with a 1,500-pound, 131 kilowatt-hour battery pack between its rails means a lot of weight down low, making tackling the twisties of Texas Hill Country effortless. But the F-150 Lightning benefits from having a nearly 50/50 front-to-rear weight distribution, and a fully-independent suspension.

Yet the Lightning is also, well, lightning quick. It’s seriously fast, and being a BEV, all of that power is available instantly, even when towing an electric 8,500-pound Arc boat. There’s too much mass here to consider it sporting, but its effortless handling and acceleration make for a seriously fun truck. Like every BEV, what makes driving it unique, at least compared to a gasoline-powered vehicle, is one-pedal driving, which uses regenerative braking to recapture energy normally lost during braking and coasting. On the Lightning it’s true to its name, as you rarely if ever have to use the brake.