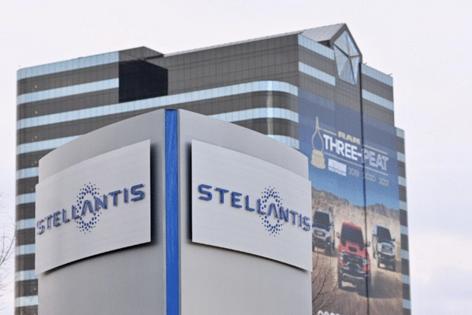 Jeep maker Stellantis NV and a South Korean battery manufacturer will invest at least $2.5 billion for an electric-vehicle battery plant in Kokomo, Indiana, creating 1,400 jobs, the companies said on Tuesday.

The facility being made in a joint venture with Samsung SDI will have an initial annual production capacity of 23 gigawatt hours, though the companies have an aim to increase that to 33 gigawatt hours, which could push the investment to $3.1 billion. Construction is set to begin later this year, and the plant will launch in the first quarter of 2025.

Confirmation of the investment in Indiana means Michigan has failed to win any battery plants from the transatlantic automaker's first round of gigafactory investments. An automotive gold rush for megasites making EVs, batteries and related parts has fueled announcements mostly in states and provinces other than the home of the city that put America on wheels — even from its hometown automakers.

"Just under one year ago, we committed to an aggressive electrification strategy anchored by five gigafactories between Europe and North America," Stellantis CEO Carlos Tavares said in a statement. "Today's announcement further solidifies our global battery production footprint and demonstrates Stellantis' drive toward a decarbonized future outlined in Dare Forward 2030."

The newly announced plant, confirmed late Monday by The Detroit News, is smaller than the gigafactory Stellantis announced in March for Windsor, Ontario, with LG Energy Solution. That $4.1 billion plant's annual capacity is expected to be more than 45 gigawatt hours and launch in the first quarter of 2024, supplying 2,500 new jobs.

The Indiana factory will use Samsung's PriMX lithium-ion battery technology for vehicles assembled in North America.

"We have secured a solid foothold in a rapidly growing North American EV market through the joint venture with Stellantis," Samsung SDI CEO Yoonho Choi said in a statement. "We will make sincere efforts to bring satisfaction to the market with top-class quality products in the future, and we will contribute towards meeting the climate change target."

Stellantis is investing $35.5 billion into electrification and software by 2025. It says it will have around 400 gigawatt hours of annual capacity by 2030 across five gigafactories, including three in Europe and the two in North America. By then, it expects more than half of its U.S. sales will be all-electric with 25 models.

Stellantis had a nearly 90-year history in Kokomo and operates five parts plants in the area, including resuming production last year at a formerly idled transmission plant to make engines.

"Today's announcement," Indiana Gov. Eric Holcomb said in a statement, "is another step toward positioning Indiana as a leader in the future of mobility, battery technology and clean energy."