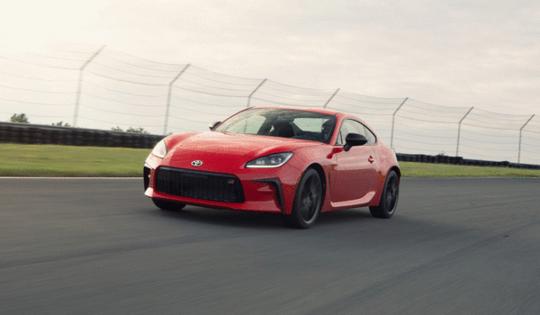 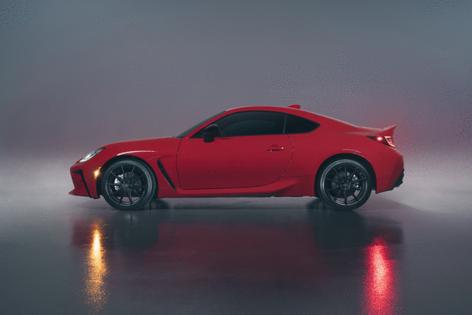 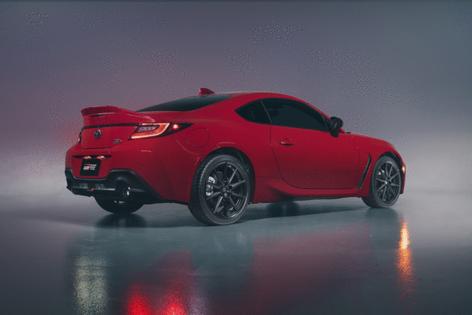 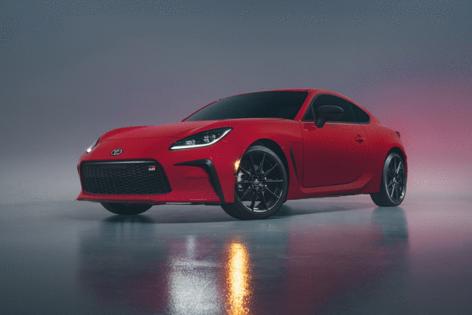 I took it to the flowing turns, blind hills and uphill straightaways of Cave Creek, 50 miles northeast of Phoenix. It’s a sports car’s natural habitat and the ideal place to explore the significant upgrades Gazoo Racing (thus the GR prefix) has made to fix the flaws of this wonderful, affordable toy:

1) A bigger, 2.4-liter Boxer-4 cylinder engine for more torque out of the twisties.

Just be sure to get it with a manual.

My tester came with a six-speed automatic and I ached for the stick every day I had the car on a weekend visit to the Grand Canyon state. Automatics have understandably taken over the market, given their ease of use. But in a Stradivarius like the GR86, you want to be able to tune it yourself — not sit back and watch the sheet music play. Especially now that Toyota (and its sister Subaru BRZ) have the formula right.

I get to test lots of exotic sports cars — Porsche 911s, mid-engine Corvettes, Audi R8s — but there is nothing more satisfying than an entry-level sports car. It makes the joy of driving more accessible.

My young son coveted the original Toyota 86 (then called the Scion FR-S — remember Scion?) and its twin Subaru BRZ, when they were unveiled in 2014. He was so juiced that when a tester arrived in my Oakland County driveway in 2014, he jumped on a Southwest flight from Chicago to come see.

Low-slung, 200-horsepower, practical 2+2 seating, stick shift, rear-wheel drive. Alas, his balloon deflated when he stomped the gas pedal. The engine groaned, peak torque didn’t come until sundown, and — worse — it paled next to the high-revving, 197-horse 2006 VTEC Civic Si that we still had in the driveway. Sigh.

As the sage says, never buy a first-generation car. Wait until gen-2. This time, Subaru and Toyota nailed it.

All credit to Subaru, of course, which is the engineering lead on the Toyobaru. They swapped out the 2.0-liter flat-4 for a 2.4-liter flat-4. That means a healthy gain in power (228 ponies) but more importantly, a 33 pound-feet torque boost to 184. That’s nearly on par with the Civic Si’s 192.

Reaching for the steering-wheel shift paddles to get my manual fix, I rowed the box in TRACK mode between 2nd and 3rd gears through Cave Creek’s twisties — taking advantage of GR86’s fatter torque curve, which arrives at a usable 3,700 rpm (vs. 6,600 RPM in the old car). Gazoo’s chefs have also sweetened the exhaust sound and I wound the flat-4 all the way to 7-grand.

The bigger flat-4 cylinder means GR86 loses none of its road-hugging goodness — the Toyobaru has one of the lowest center-of-gravity measurements in the industry as well as one of the lightest bods (2,833 pounds in Premium trim). Just for good measure, engineers also fortified the skeleton with high-strength steel, front cross members, a full-ring rear frame. My Premium edition was also shod with sticky Michelin Pilot Sport 4 shoes — a step up from the base Michelin Primacy H/P tires.

Let me recommend the $2,600 walk from the base GR86 to the $31,325 Premium model with those Sport 4 gummies wrapped around black 18-inch wheels and other goodies like heated leather seats, blind-spot assist and a Supra-like duckbill tail.

The latter is testament to the GR86’s significantly more mature look. Squint your eyes and it looks like the 2023 Nissan Z. And that’s saying something for a Toyota brand that can be hit or miss on design these days (seen a Prius lately?). GR86’s design is sleek, minimalist, timeless. It’s the looker of the Toyobaru twins.

“That’s an attractive car,” said Mrs. Payne, picking our GR86 out in a crowded parking lot. She’s not prone to gush. Leave that to me. From the aggressive front to the dramatic rocker panels to the rear duckbill, GR86 has looks to match its athleticism.

Dressed in killer red, the low-slung roller-skate got a lot of stares around Phoenix — a notorious cars ‘n’ coffee town. It also attracted challengers. An all-wheel-drive Tesla Model Y sidled up at a stoplight. Oh, I knew that wouldn’t go well.

I took the bait, stomped the pedal and rowed the oars for all they were worth. The Tesla disappeared into the distance.

The manual would have done a bit better. Toyota says the automatic is a half-second slower 0-60 mph. Sudden acceleration also exposes the auto’s biggest flaw: poor tip-in. I tested the GR86 right after a silky-smooth, six-speed automatic Mazda CX-30 (Mazda engineers are obsessive about this stuff) and GR86 felt like a bucking bronco by comparison.

The automatic’s biggest benefit is adaptive cruise control — which I use a lot in cop magnets like GR86 to keep my speeds at the posted limit. But I’d still opt for the manual — especially since Toyota equips it with a handbrake. Oh, joy.

The tandem are nicely paired in the center console of a redrawn interior. It’s spartan, but everything is in its place — except the curious decision to locate the cupholders inside the butterfly console bin. This is also where the USB is located for wired, Android Auto navigation.

Happily, door cupholders are within easy reach so I could navigate and slurp Snapple at the same time. Aft of the front seats, Toyobaru offers a rear bench too small for adults, but — like the 911’s 2+2 arrangement — they make welcome cargo space. Picking up Mrs. Payne at the airport, I stuffed her full-size bag and a second carry-on in the boot — then threw my carry-on and briefcase in the rear seats. Try that in an MX-5 Miata.

Miata is the class icon, but now that Gazoo has fixed the 86, it is the better all-around car with storage, room and looks to match its performance. Toyota offers a complimentary one-year track membership to the National Auto Sport Association so you can test the limits.

Preferably with a manual.

Lows: Adaptive cruise only comes in the automatic; get the manual, not the auto