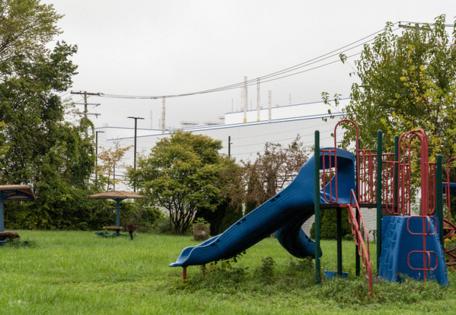 Residents of an east side Detroit neighborhood and the Great Lakes Environmental Law Center have filed a civil rights complaint with the federal government against Michigan environmental regulators for permits connected to the Stellantis Jeep plant that has been cited for odor and other violations in recent months.

The complaint, sent to Michael Regan, administrator for the U.S. Environmental Protection Agency and other agency officials, alleges the permits for the city's first new vehicle assembly plant in three decades amount to discrimination. It seeks voluntary relocation assistance and additional home repair funds for residents as well a requirement that Michigan environmental regulators study the cumulative impacts of pollutants in its permitting process.

"The decisions by Michigan's Department of Environment, Great Lakes, and Energy ("EGLE") allowing Stellantis to significantly expand its facilities continues the discriminatory legacy of requiring communities of color to bear the disproportionate burden of the industrial pollution generated by all of society," according to the complaint dated Nov. 8.

A message seeking comment was sent to spokespeople for the EPA.

Jill Greenberg, a spokeswoman for EGLE, said the department "is reviewing the complaint and has no further comment at this time."

The complaint highlights a provision allowing the company to pollute more at its Detroit plant by reducing emissions at a plant in Warren, an issue that has raised allegations of environmental racism because Detroit is a majority African-American city and Warren is a whiter suburb.

Stellantis, which builds new versions of the Jeep Grand Cherokee at its new Mack plant, previously owned an engine complex on the site, but the new plant, which it announced in 2019 to great excitement from area politicians and others, is much larger and joins the company's existing Grand Cherokee plant nearby.

"We take these concerns very seriously and want to get this right. In the meantime, we will continue to monitor and, more importantly, take action as necessary to keep the community enjoyable," according to the company.

As the most onerous federal mpg regulations in 50 years force the auto industry toward electric vehicles, domestic manufacturers are in the catbird seat. Credit the Detroit Three's huge advantage in profitable fleet trucks...Read More