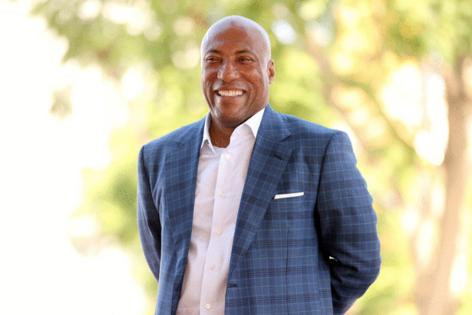 Media Mogul Byron Allen isn't letting up on his campaign to rectify what he says is systemic racism in corporate America.

On Sunday, he ran a full-page advertisement in the Detroit Free Press and Chicago Tribune. On Monday, it ran in the Wall Street Journal.

The ad condemns McDonald's CEO Chris Kempczinski for perpetuating a "toxic racist culture" at the fast-food chain. Allen demands that McDonald's board of directors fire Kempczinski.

McDonald's did not immediately respond to requests for comment.

But the Service Employees International Union, which has supported McDonald's hourly workers in an ongoing "Fight for $15 and a union" campaign, told the Free Press it backs Allen's demand.

"Byron Allen is 100% right in his statements about McDonald's unacceptable toxic, racist culture. Workers in the Fight for $15 and a Union have been sounding the alarm about systemic racism at McDonald's for years and SEIU has supported their efforts to hold the company accountable every step of the way," Mary Kay Henry, president of SEIU said in a statement. "I join the call on McDonald's board of directors to remove the President and CEO, Chris Kempczinski, immediately, as one step in the many needed to address the systemic racism workers have decried for years."

The letter comes amid Allen's continued negotiations with the Detroit Three carmakers to win multiyear advertising contracts from them with Allen Media Group and other Black-owned media. Allen said he expects to have negotiations with General Motors, Ford Motor Co. and Stellantis settled in the next two to three weeks.

Allen Media Group is comprised of 32 ABC-NBC-CBS-FOX network affiliate TV stations in 20 U.S. markets. It owns The Weather Channel and a dozen other high-definition TV stations that serve 180 million subscribers. Worth more than $3 billion, the company owns nearly 5% of all TV stations in the U.S.