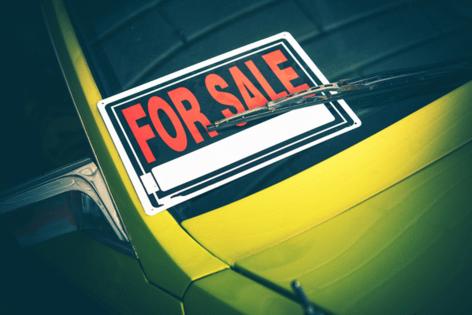 Q: I have a 2006 Hyundai Tucson GLS with approximately 123,000 miles. I have all original documents (keys, manuals, title) and it is in fair condition. It has been parked outside and not used for over a year. It will most likely need to be towed. I stopped driving due to medical issues and my wife is the primary driver using her own car. What is the best (and safest) way for us to sell our used car? I’m thinking we might get $800 if we sell online but are not very savvy and fear the transaction might go off the rails if we try to sell to a stranger. Dealerships only want to deal with it if we are trading, which we are not ready to do. Thanks for your indispensable columns.

A: There are numerous online buyers. Carvana, for instance, is among the reputable buyers that will pick up and pay you for your car. A humanitarian donation is a wonderful way to get rid of a vehicle. A trusted charity is 1-800-Charity Cars (www.800charitycars.org), which will also provide a receipt for tax purposes. The organization says online: “Since placing a vehicle with a client is the exception rather than the rule, donors should assume that their vehicle will be sold at auction or for salvage with the proceeds returning to our charity. We will notify the donor by phone and in writing if their vehicle qualifies as a ‘program vehicle’ and will be provided to a qualified person or entity.”

Q: My question concerns the shelf life of full synthetic motor oil. When we bought our 2015 Audi Q5 3.0T in October 2015, it was recommended that we buy a quart of motor oil in the event that we needed to add it. I bought a quart of Castrol Edge 5W40. Six years on, that same quart sits in my basement. How long can I keep it before it would be a good idea to safely dispose of it?

A: Six years may be pushing it just a bit. The industry consensus is that, properly stored in a cool place, synthetic motor oil is good for five years. Personally, I would add that backup quart to the next oil change. Being a frugal fellow, I am reluctant to toss out a $10 quart of oil. You can dispose of used (or even fresh) oil at any auto parts store, usually at no cost.

Q: I have a 2014 Ford Fusion. I noticed my brake lights were not going out after the car was turned off. Initially I was told the stop light switch assembly P/N 8T4Z-13480-A was bad. Cost $32. I took the car into a Ford dealership and they said the problem was that the brake pedal assembly bushing was broken. I was advised that the bushing could not be replaced and needed the entire brake assembly at a cost of $247 plus two hours to replace at a charge of $300. Thank you in advance for your help.

A: Escorts are notorious for brake lights staying on, which often kills the battery overnight. The switch is not usually the problem, but you probably don’t need the entire pedal assembly. There is a rubber bumper (button) on the pedal assembly that breaks. Popping a new one in takes a couple minutes, but the only place to get the part is a Ford dealer, not a parts store. Visit an independent repair shop for a second opinion.