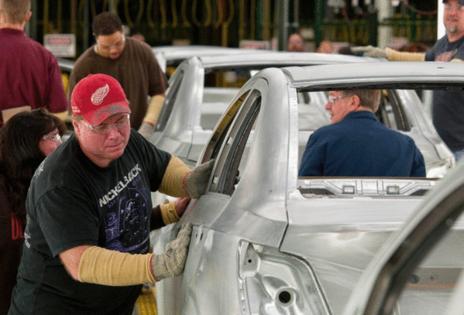 On Tuesday, GM said that starting Monday, it will bring back the 1,000 workers at Orion Assembly in Orion Township, Michigan, to start making 2022 Bolt EVs.

Orion, which is a one-shift plant, has been shutdown since Aug. 23 so that GM and its battery-maker LG Electronics Inc. could find a fix for 2017-22 model year Bolt EVs and EUVs, a compact SUV body style of the electric car, for possible fire risk. GM has confirmed 13 Bolt fires since last year with minor injuries.

"We are prioritizing customers based on their charging behavior and the dates on which their batteries were produced," Flores said. "We're a couple weeks into completing customers repairs and things are going smoothly, but obviously the focus is to ramp-up volume and repair more vehicles as quickly as we can."

LG Electronics, which is a division of LG Chem, said it will reimburse GM for $1.9 billion in costs and expenses associated with the Bolt recall due to manufacturing defects in battery modules that LG supplied.

Flores declined to provide details about the battery-production dates that will get priority or other factors that will influence which Bolts will be pulled into dealerships for repairs first.

As for Orion's operations, GM will reassess that after two weeks and decide to continue Bolt production or pause it again, Flores said.

"This is a limited production run for specific allocation," Flores said in a statement. "Vehicle production during this timeframe will help optimize LG battery production and supply chain repair logistics, and also support other customer and dealer needs related to the recall, including providing EV courtesy transportation to dealers who have a high volume of customer repairs."

The restart of Orion also means that for the first time since Feb. 8, GM will have all but two of its North American factories running. But four of them will operate only on one shift.

GM has 15 assembly plants in North America and throughout much of the year most of them have had to either eliminate shifts or outright stop production for weeks at a time due to a global shortage of semiconductor chips used in a variety of vehicle parts.

Factory ZERO in Detroit, which used to be called Detroit-Hamtramck Assembly, will go down for a scheduled tooling changeover to start building production models of the GMC Hummer EV pickup that will go to dealerships later this year.

As the Free Press first reported, the plant started making preproduction Hummers earlier this fall. It will start calling back and hiring more workers early next year and GM has said the plant will eventually employ 2,200 people.

The GM plant that will remain idle is GM's Spring Hill Assembly plant in Spring Hill, Tennessee, as GM installs new tooling there to build the 2023 Cadillac Lyriq all-electric SUV starting next year.