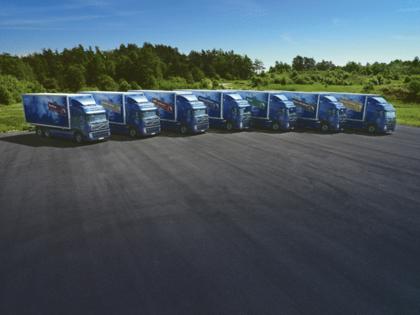 Environmental advocates are raising concerns that some forms of hydrogen aren't as clean as they're made out to be. And they say that Congress' plans to accelerate hydrogen production would invest taxpayer funds into energy sources that wouldn't reduce the nation's carbon footprint fast enough.

Hydrogen doesn't emit any greenhouse gases itself. It takes another energy source to create hydrogen, and right now most is made from natural gas through a process that emits greenhouse gases into the atmosphere.

The $1 trillion infrastructure deal brokered between Republicans and Democrats this summer would allocate $8 billion for hydrogen "hubs" to produce the fuel from an array of sources, specifically dedicating a hub each to renewables, nuclear energy and fossil fuels. Two of the hubs would be located in the largest natural gas-producing regions of the country such as West Virginia, Ohio, Pennsylvania and Texas. It also would incentivize production of "clean" hydrogen types that recent research indicates may still release significant emissions.

"We think that it is a massive waste of public resources, and that it is going to simply lock in fossil fuel infrastructure instead of contributing to real climate progress at a time when we need to act urgently to do just that," said Carroll Muffett, CEO of the Center for International Environmental Law.

Others, however, argue the legislation would still provide a needed opportunity to reduce emissions from hard-to-decarbonize sectors, including transportation, even if hydrogen isn't totally emissions-free today.

"Hydrogen is going to play an important role in reaching our ultimate goals of getting to a net-zero emissions economy-wide," said Dan Lashof, director of the World Resources Institute, United States. Medium- and heavy-duty trucks, airplanes and trains represent around 40% of transportation emissions.

"We just don't know what the right solution is for those. So I think it makes a lot of sense for the government to be investing in these harder-to-abate sectors where it's more difficult to get emissions reductions. And hydrogen can play a role there."

Hydrogen is a clean-burning fuel, but it doesn't exist in nature on its own. It has to be created by breaking down another energy source. Around 95% of hydrogen fuel cells today are made from natural gas in a carbon-intensive process that creates what's known as gray hydrogen. Hydrogen produced from coal is labeled brown hydrogen.