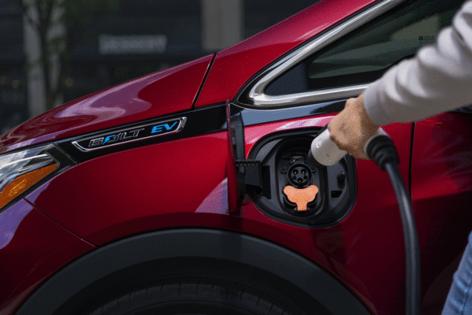 General Motors has reached an agreement with its battery-maker supplier over the heavy costs to recall nearly 140,000 Chevrolet Bolt EVs and EUVs globally.

On Tuesday, GM said LG Electronics Inc., which is a division of LG Chem, will reimburse GM for $1.9 billion in costs and expenses associated with the Bolt recall due to manufacturing defects in battery modules that LG supplied.

As a result of the agreement, GM will recognize a recovery in its third-quarter earnings that will offset charges it previously took associated with the recalls, the automaker said.

"LG is a valued and respected supplier to GM, and we are pleased to reach this agreement," said Shilpan Amin, vice president of GM Global Purchasing and Supply Chain, in a statement. "Our engineering and manufacturing teams continue to collaborate to accelerate production of new battery modules and we expect to begin repairing customer vehicles this month."

GM is partnered with LG in a joint venture called Ultium LLC in which they are building two new battery plants to supply batteries to GM's proprietary battery system, Ultium. One plant will be in Lordstown, Ohio, and the other in Spring Hill, Tennessee. Ultium will underpin and power the 30 new EVs GM has promised to launch by mid-decade.

GM said last month that it and LG have found a fix for the problem. Starting this month, the 2017-19 model year Bolt EVs will get five new battery modules, essentially getting an enhanced battery pack. Those repaired Bolts will get an eight-year or 100,000 mile warranty on the new battery pack.

For the 2020-22 models, they will get all new modules, too, unless GM can finish developing software first that will allow it to identify whether they have defective modules that need replacing or not.

GM and LG confirmed the root cause of reported battery fires are two manufacturing defects known as a torn anode and a folded separator. Both defects must be present in the same battery cell for a fire to occur.

So far, GM confirms that 13 Bolts have caught fire while parked, causing three injuries. Eleven of those fires were in the U.S.

A labor fight in Marysville, Michigan that included a one-week strike at a multibillion-dollar global supplier to Stellantis ended with an agreement Friday to recognize UAW representation.

What was once a union shop under...Read More

Just about every part of this compact luxury SUV that should've been improved, is.

Speaking at the company’s annual shareholders meeting, he added little detail and did not explain why he’s making ...Read More

On a rainy winter night in December 2019, college student Maria Smith found herself followed by a state trooper, police lights flashing, on Massachusetts' Route 24. She pulled over to the side of the road. Then: Smack! ...Read More

For those above a certain age, the name Ford Maverick will bring up memories of the affordable 1970 compact that replaced the Falcon in Ford’s lineup. It’s return for 2022 as a compact pickup truck may be surprising, ...Read More

The Detroit News got a rare opportunity behind the wheel of the mega-ute at General Motors’ 4,000-acre Milford Proving Grounds, where ...Read More