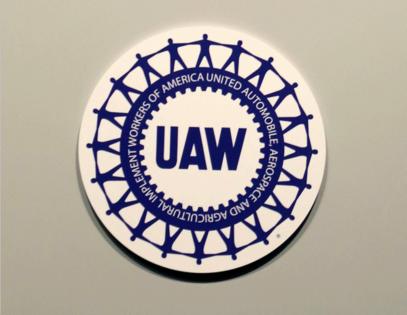 A labor fight in Marysville, Michigan that included a one-week strike at a multibillion-dollar global supplier to Stellantis ended with an agreement Friday to recognize UAW representation.

What was once a union shop under Auburn Hills-based Fiat Chrysler Automobiles partnership will continue to be a union shop as now-Stellantis transitions out of the operation, turning it over completely to ZF control.

Behind the scenes, the situation is a little complicated.

ZF Marysville has been staffed by UAW Stellantis workers under a UAW contract. During the 2019 contract negotiations, Stellantis agreed to transfer ZF Marysville workers to other Stellantis locations and have ZF staff the plant with ZF employees, the UAW explained in its news release.

That transition has not been completed. The 350 workers immediately impacted by the UAW deal are ZF employees exclusively. Hundreds of UAW Stellantis employees at ZF now will be transferring to other Stellantis locations.

The German car parts maker and its ZF employees, who often refer to ZF Marysville as the Marysville Axle Plant, dealt with a strike for one week that began Sept. 9 and then evolved into negotiations.

"These hardworking ZF Marysville workers simply want what other employees at that plant have had," James Harris, Region 1 UAW Director, said in the release. "ZF Marysville workers made it clear that they wanted the same voice at the table to bargain for their wages and benefits. They stood up to form their union and ultimately succeeded."

Harris said that following the strike for recognition, ZF workers returned to work and the company subsequently agreed to the voluntary recognition process, which resulted in a majority of ZF workers opting to form a union.