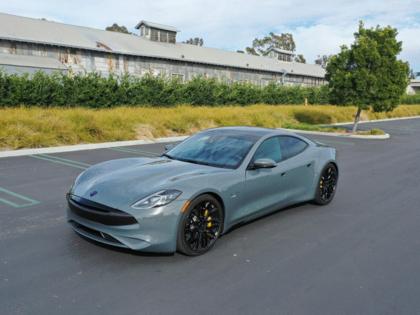 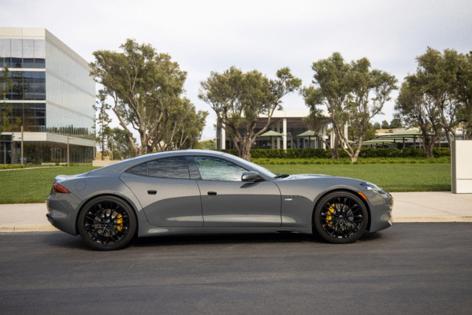 CHARLESTON, W.Va. — The Fisker Karma and Tesla Model S exploded into our lives in 2011. With stunning looks, sci-fi technology, dashing CEOs — even $500 million each in investment from the Obama/Biden administration — the four-door exotics promised a wild ride into the EV future.

But while Tesla soared, Fisker flamed out.

Burdened by a drivetrain and interior that did not match its sexy package, the alluring Karma labored around the dance floor while buyers boogied with the Model S’ ludicrous acceleration and smart tech. A decade and multiple suitors later, Karma is now married to China’s Wanxiang Group Corp. — founder Henrik Fisker having moved on.

And the Karma GS-6 has finally realized the drivetrain potential to match its looks. Even as corporate elites obsess over a trendy, zero-emissions future, my road trip to West Virginia and back with the plug-in, coal-powered Karma promises a much more livable solution.

To begin with, Mrs. Payne agreed to join me.

After the expected gasp at encountering the Karma for the first time — “Wow, that is a beautiful car!” — she immediately pivoted to: “We’re not taking another electric car on our trip, are we?”

My long-suffering bride is weary of spending road trips sitting in Meijer/Walmart parking lots recharging my Tesla Model 3 (or the occasional Mustang Mach-E or Audi e-tron or EV flavor-of-the-month I get to test). She’d rather be dining with family at the end of our journey than hoofing it to a nearby fast-food joint while the EV sips electrons.

“We’re eating dinner at Arby’s,” she’ll text from a fast charger with a groaning emoji. “Be there soon.”

Rather than try to reinvent the U.S. electric grid, the Karma embraces the inherent benefits of electric and gas power. Let me count the ways:

—Electric power. Taking advantage of cheap electricity at home, the GS-6 plug-in charges its 24.6-kWh lithium-ion battery pack overnight to 80 miles at 10 cents-per-kWh so you can do daily commutes on battery power alone. Easy, and you don’t have to visit a $3-a-gallon gas station.

—Gas power. Want to go road tripping? Karma takes advantage of America’s vast gas station network to fill up on the road and get you to where you’re going without electric range anxiety (or long delays in parking lots). With its energy-dense, 116,090 BTUs per gallon, a gas pump can deliver you 25 miles in 5 seconds. Plug in to a 240-volt charger and it’ll take 2 hours to get 25 miles.

Karma is not the first luxury car to try this, of course. The Cadillac ELR plug-in (based on the Chevy Volt) debuted at the same time as Fisker and Tesla and bit the dust a few years later. It was overpriced at $80,000 compared with the larger, more luxurious startups.

And, like the Fisker Karma, its performance paled compared to peers.

That was enough to doom ELR, but not Karma. Like a siren in Greek mythology, Karma’s stunning looks continued to attract interest.

Penned by Aston Martin designer Fisker, the Karma is widely considered one of the prettiest cars conceived.

China’s Wanxiang rescued her from financial purgatory. Everyone adored her. Heck, even Bob Lutz and Gilbert Villarreal took some Karma chassis and stuffed them with Corvette V-8s.

The low-slung Fisker looks like a four-door Corvette. The long front hood arrives 10 minutes before the cabin, riding on muscular haunches. Like most super sports cars, it’s a pain-in-the neck (literally, I had to cock my 6-foot-5-inch neck every time I got out) to access, but once seated, you feel like the king of the road.

Below decks, Wanxiang has improved the secret sauce.

Massive electric motors propel the rear with 536 horsepower. Zero-60 mph goes by in 4.5 seconds. That’s not bad for a sled that weighs 5,034 pounds — but the real drawback is listening to the 3-cylinder engine bray like an angry mule. At least Karma makes the experience interesting with drag race-style Christmas tree lights in the digital instrument display that count down to launch.

It’s a big step from the former, $96,000 Fisker’s glacial, 5.9 second acceleration (which was slower than a Ford Fusion Sport). That was the result of a 402-horse drivetrain mated to a GM 4-banger (shades of the underpowered Caddy ELR), which Karma has swapped out for the more competent, 1.5-liter BMW turbo. Wainxiang first stuffed this 536-horse upgrade into its 2020 Karma Revero GT.

With instant torque and low center of gravity, Karma enjoyed hustling around a West Virginia test track. But this is a grand tourer, not a track rat. I’m the rare motorhead that will push this diva.

More interesting were the drive modes on my journey to the Mountain State. I mostly cruised in hybrid, SUSTAIN mode — the gas engine acting as a generator for the battery to preserve range. Upon hitting U.S. 35’s twisties, I switched to SPORT mode for maximum system power. Huzzah! Corner exits were a hoot with instant electric torque — the turbo-3 maintaining the torque curve at higher revs.

But maintaining battery reserve takes discipline. After a restroom stop, I forgot to return to SUSTAIN mode and promptly drained the battery to just 12 miles before realizing I was in SPORT mode.

At my West Virginia family’s home, I plugged into the local John Amos coal plant for the night (via 110-volt wall charger) to try and get my 80 miles back. After 12 hours, the battery range indicated 48 miles (from 20% to 65% of charge).

That was enough for a stealthy tour of Charleston in battery-only STEALTH mode — my relatives lounging in the rear bucket seats. They cheered Karma’s instant torque out of stoplight, enjoyed its quiet through city streets.

Tesla’s performance has opened a generation to the possibilities of all-electric powertrains (Karma, too, will be offering an all-electric version of the GS-6). But EVs are inferior to gas engines when it comes to long hauls. Now that the Karma finally has its act together, it can claim the crown as a plug-in halo.

Its $109,100 sticker may be exclusive, but it might inspire a look at more affordable plug-ins. Check out the $40,000 Ford Escape, Toyota RAV4 and Hyundai Ioniq plug-ins at your local dealership.

For Carlos Tavares, the man who controls the fate of Jeep, Ram, Chrysler and Dodge, the pandemic, and what it has wrought, has been eye-opening.

Crises, which began with COVID-19 and spread into the semiconductor shortage...Read More

The new Honda Civic Si does its part to save the manuals, delivering engaging and accessible performance for three-pedal enthusiasts.