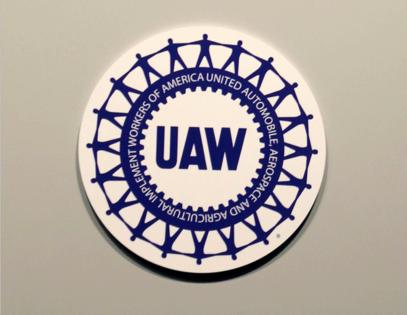 The United Auto Workers is hailing its new auditing guidelines as a "deterrent" to corruption after its auditors discovered more than $2 million in improper expenditures of union dues at Local 412 in Warren, Mich., whose members include Stellantis NV workers.

The Local 412 financial secretary has been suspended, the UAW confirmed. The union's findings have been sent to law enforcement authorities, including the U.S. Labor Department and Justice Department, Frank Stuglin, the UAW's international secretary-treasurer, said in a statement. No criminal charges have been filed, UAW spokesman Brian Rothenberg said.

The international UAW based in Detroit implemented new monetary control measures amid a years-long federal investigation into corruption within the union that has resulted in the convictions of 15 people, including two former UAW presidents, and put it under an independent monitor. Stuglin championed the measures as an effective tool to clean up the union.

"We have taken immediate action in this matter," Stuglin said. "We have put together a very enhanced auditing system and while we are outraged that dues were embezzled, we are encouraged that the UAW auditors themselves discovered and reported this misuse of union dues through our new auditing guidelines.

"We are confident that these new guidelines will identify any similar activity in our union and serve as a deterrent to prevent such activity in the future."

It was not immediately clear for how long the improper expenditures at Local 412 had been made. The local referred comment to the international union. In a letter to members, though, Local 412 President Jerry Witt said he is recommending the local's executive board consider placing the local in administratorship to assist in correcting the breach. The union also is working with the international to file a bond for its losses.

The UAW also has been put under a court-appointed independent monitor, New York attorney Neil Barofsky, who will be notified of the findings and was not involved in the audit, Rothenberg said.

All locals under the UAW constitution are audited, he added: "We haven't had any of this magnitude thus far."

Ford Motor Co. is partnering with and investing $50 million into a battery recycling startup led by a Tesla co-founder as the Dearborn automaker works to shore up its battery supply chain for a forthcoming wave of electric...Read More