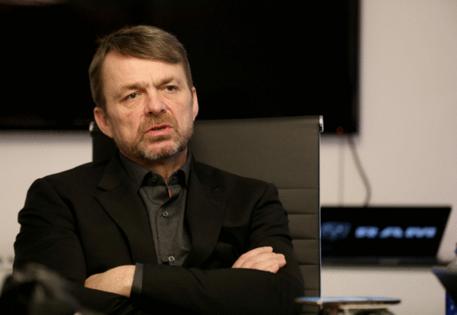 Mike Manley, who has served as head of Americas for Stellantis since January, will start with AutoNation as its CEO and member of its board on Nov. 1. That's when AutoNation's long-time CEO Mike Jackson, 72, will retire.

"We’re ecstatic at AutoNation," Marc Cannon, AutoNation's spokesman, told the Free Press. "It’s a fabulous hire. He’s a proven leader. He understands our business. He’s following a legend in Mike Jackson, but having known Mike Manley and knowing his work over the past 20 years, it’s a great day at AutoNation."

Stellantis, the company formed from the merger of Fiat Chrysler Automobiles and the French PSA Group in January, said its COO of North America Mark Stewart and COO of Latin America Antonio Filosa will replace Manley and report directly to CEO Carlos Tavares.

“It’s been my privilege to know Mike first as a competitor, then as a partner and colleague in the creation of Stellantis, but most importantly, always as a friend," Tavares said in a statement. "From the very earliest days of our discussions, we shared a truly common vision, belief and commitment and it’s on these solid foundations, built over the past several years, that Stellantis has delivered its impressive early results."

Tavares said he is "personally sorry to no longer have Mike as a colleague," but happy for Manley in his new CEO role and, "glad that he will be joining the Board of the Stellantis Foundation.”

Manley, 57, joined the company in 2000 when it was DaimlerChrysler. He started there as director of network development in the United Kingdom. Over the years, he's held a variety of leadership roles including head of Jeep and then of Ram brands. From July 2018 to this January he was CEO of Fiat Chrysler Automobiles.

Manley took the reins at FCA in 2018 after Sergio Marchionne, the man credited with saving both Chrysler and Fiat, was unexpectedly sidelined by failing health. After Marchionne’s death, Manley was formally name CEO.

Manley was one of Marchionne’s closest executives and was said to mirror his hard-working approach. Manley had long been considered a possible successor to his boss, but Marchionne’s health crisis thrust him into the top role at the company sooner than expected. Manley’s roles leading Jeep and Ram put him at the top of the company’s most important and profitable brands, which were regularly at the center of speculation as possible candidates to be spun off or sold.

During Manley’s tenure, FCA continued the growth and rebound that Marchionne had started. Manley was in charge in 2019 when the company announced its $4.5 billion investment in southeast Michigan that led to the building of the first new vehicle assembly plant in Detroit — the former Mack engine complex — in 30 years.