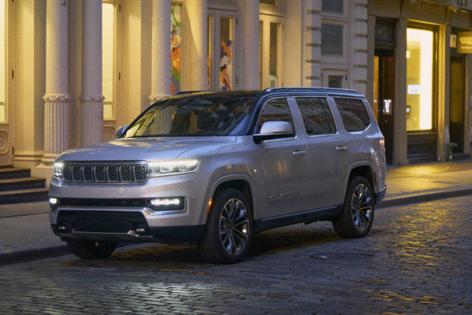 As if semiconductor shortages and COVID-19 hadn’t driven car prices high enough, automakers are ratcheting up a hidden charge most shoppers are unaware of — and which nobody seems to understand.

Meet the destination charge, also known as the second-to-last line on the window sticker, shipping charge and that bleepin’ $2,000 asterisk.

I’d love to tell you exactly what a destination charge is, but nobody but the automakers seems to know, and the car companies aren't talking.

This much is clear, though: They’re rising faster than inflation, and they tend to be higher on vehicles for which there’s high demand — like pickups and SUVs. Slower-selling vehicles, like sedans, have lower destination charges, and see fewer increases.

The destination charge is not included in the manufacturer’s suggested retail price, or MSRP — the price automakers and dealers advertise.

“Some automakers use destination fees to increase revenue in a way shoppers don’t notice till late in the buying process,” said Mike Monticello, Consumer Reports senior manager of road tests and reviews.

“We think there should be rules to include the destination fee in the advertised price, not below it in a footnote.”

Neither the automakers nor dealers I contacted for this column would discuss what goes into setting destination charges.