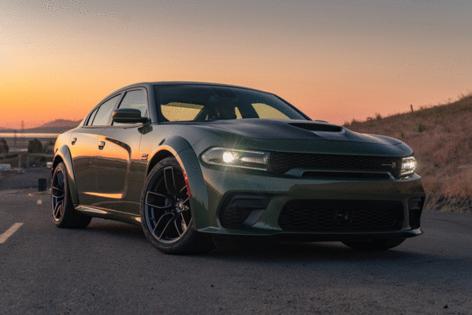 The folks at Dodge must know what their customers like.

The Stellantis brand that makes its living off heavy horsepower Hemis led all mass market brands and tied with Porsche overall in the J.D. Power 2021 U.S. Automotive Performance, Execution and Layout Study being released Wednesday. The annual APEAL study is essentially a measure of brand appeal, ranking the brands on a 1,000-point scale.

General Motors had the most vehicle segment-level awards with five. The other members of the Detroit Three, Stellantis and Ford, won one and two vehicle segments, respectively. The Nissan Maxima was the top overall model.

Although it took the top mass market spot with Dodge, Stellantis, which formed this year from the merger of Fiat Chrysler Automobiles and Peugeot maker PSA Group, also held the lowest spot with its Chrysler brand, signaling the work that Christine Feuell, a former Honeywell and Ford executive, has ahead of her as she takes the helm as the newly appointed Chrysler brand CEO.

The other mass market brands at the bottom were Mitsubishi, Buick, Jeep and Volkswagen. The five lowest-scoring premium brands were Infiniti, Acura, Audi, Jaguar and Alfa Romeo. Both Jeep and Alfa Romeo are Stellantis brands.

The J.D. Power study is based on responses from 110,827 owners of new 2021 model year vehicles surveyed after 90 days of ownership, according to a news release.

The study, according to the release, asked owners to consider attributes, "ranging from the sense of comfort they feel when climbing into the driver's seat to the exhilaration they get when they step on the accelerator."

A fresh look can make a big difference.