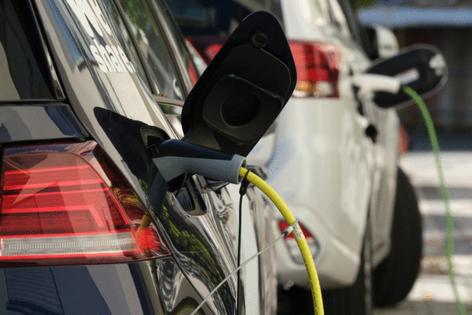 WASHINGTON — Democrats in Washington want to include a significant new incentive to buy electric vehicles in their $3.5 trillion social spending bill, according to a new plan revealed Friday by the House Ways and Means Committee.

For five years, the legislation would implement $7,500 point-of-sale consumer rebates for electric vehicles and pay out an additional $4,500 for vehicles assembled in a union facility. Another $500 would be awarded for vehicles using a battery manufactured in the U.S.

For the next five years after that, the $7,500 base credit would only apply to electric vehicles made in the U.S., but the other two incentives would stay the same.

"We want to make sure that people who make good wages, support their families and contribute those wages and benefits in their community are the primary beneficiaries of this," said Rep. Dan Kildee, D-Mich., who serves on the Ways and Means Committee and has been pushing the legislation in the House.

The first five years should incentivize EV adoption and domestic battery production, while the latter half should narrow it down to domestic producers, he said.

"We think that gives everybody ample time to understand that when it comes to the American tax dollar, we're not going to do this in a way that is so disruptive to the market," Kildee said.

But "within five years we're making it clear these dollars are going to people who make good wages in American factories, and that's where the American tax dollar should go."

The legislation also seeks to bar the wealthiest Americans and luxury vehicle producers from benefitting from the program by setting caps on income and sale price to qualify.

The income caps are significantly higher than that proposed by Senate Republicans, who voted in a non-binding amendment in August to stop buyers from claiming credits if they make more than $100,000 annually or if the vehicle costs more than $40,000.

Long overdue for an update, the 2022 QX60 marks the first major redesign for Infiniti's luxury three-row SUV since it debuted as the JX35 back in 2012. The new QX60 is a handsome reimagining of its predecessor's design ...Read More

General Motors predicts a challenging third quarter and warned Wall Street on Friday that its vehicle sales and production volumes would take a bigger-than-expected hit in the second half.

Sized between the quirky C-HR and mega-selling RAV4, the Cross...Read More

My friend Greg Lewis used to say in high school: "He's so dumb, he couldn't pour pee out of a boot if the instructions were written on the heel."

Courtesy of a recent five-day DTE power outage, I think I know what that ...Read More

Image and popularity remain a powerful force when selling anything: music, clothing or even choosing what to drive. It’s why some long-hallowed brands bite the dust after decades of popularity. It’s not that they ...Read More

SANTA CRUZ, Calif. — And now for something completely different.

The segment-busting 2022 Hyundai Santa Cruz pickup is the first of its kind — a unibody-based, head-turning Swiss Army knife with many tools for many ...Read More