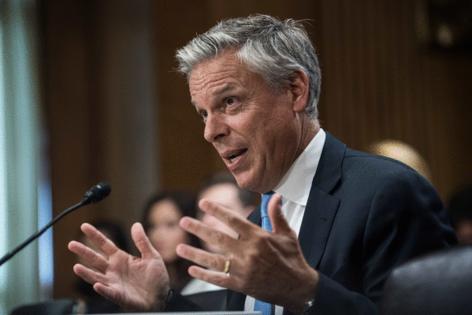 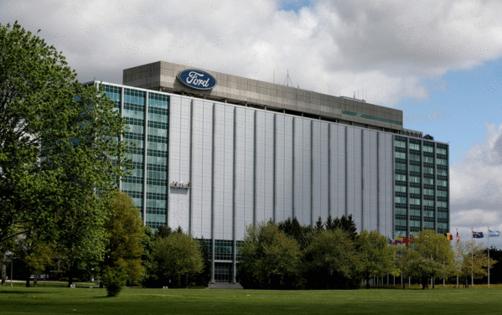 DEARBORN, Mich. — Ford Motor Co. is on something of a high-level hiring spree, and it's no coincidence.

The Dearborn automaker is bolstering its senior leadership ranks, chiefly where politics and the auto business intersect. It's beefing up its policy and technology know-how amid a push to execute its new growth plan, lead the electric-vehicle transition and influence policy decisions that will shape how that future is realized.

As the industry pivots hard toward electrification and self-driving vehicles, Ford executives see major policy issues looming in capitals around the world. Because politics influence the policy-making that weighs on the global auto industry, the Blue Oval is moving to field a team to navigate such complicated issues as infrastructure, incentives and the politics of a hyper-partisan Washington.

Since CEO Jim Farley assumed the top job last October, Ford completed the internal reshuffling that often comes with a new boss by moving people internally and recruiting external hires for such key roles as marketing, new businesses and mergers-and-acquisitions.

But in a signal that Ford is looking to sharpen its policy chops, it tapped director Jon Huntsman Jr., the former Utah governor, businessman, diplomat and onetime presidential candidate, as vice chair for policy. And Huntsman recruited Steven Croley, a former federal lawyer who worked in the Obama administration, to become Ford's chief policy officer and general counsel.

"The CEO and the board ... looked forward and said, 'What we need in the C-suite is more policy expertise, more political savvy.' And that's what they got with these two guys," said Erik Gordon, a professor at University of Michigan's Ross School of Business. "They fit into the pile of building blocks that Farley is assembling to execute the plan."

All are tasked with helping to deliver on Farley's growth plan for the company. Dubbed Ford+, it is focused on electrification, providing revenue-generating services enabled by digital connectivity, and growing Ford's commercial vehicle business. Those are the pillars of Ford's plan to move from infrequent transactions with customers to a business model built on new, recurring revenue streams.

These prominent hires come as Ford and its rivals in the auto industry embark on the costly shift to electric and autonomous vehicles, an effort closely intertwined with government regulations and policies now being negotiated from Washington and Sacramento to Brussels and Beijing. And they come amid tightening environmental regulations as the Biden administration pushes infrastructure legislation with major implications for EV sales and manufacturing in the U.S.

"Most companies are taking a different look than what they did historically," said David Cole, chair emeritus of the Ann Arbor-based Center for Automotive Research. "If you go back a number of years, (automakers) designed cars, built cars, sold them to the dealer, the dealer sold them to the customer. The role of policy ... was pretty straightforward. Now, it's not."

DENVER – If you’re shopping for a new vehicle, odds are it’s an SUV or pickup, not a sedan nor a sports car. Those last two categories are seeing their sales shrivel faster than American civility. And yet these are ...Read More