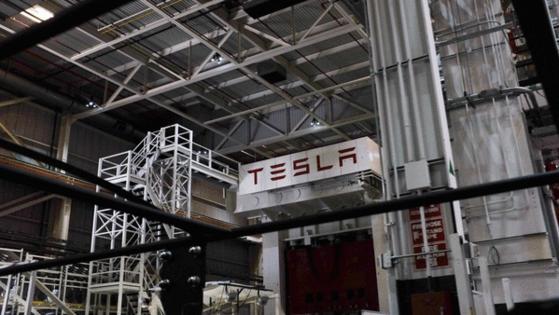 Profit more than tripled to $1.45 a share on an adjusted basis, swelling as vehicles sales rebounded from pandemic shutdowns last year, the Palo Alto, California-based automaker said Monday. That beat the 97-cent average of analysts’ estimates and marked the eighth straight quarter of profit for Tesla.

Rising sales of the mass-market Y and Model 3 sedan delivered a fourfold increase in operating income, even as Tesla grappled with chip shortages and port congestion, and slogged through a costly ramp up of new S and X models. The company widened its margins from core auto operations to 25.8%, from 22% in the prior quarter and 18.7% a year earlier.

“It puts them down the path of being the best in class automotive company from a margin perspective,” analyst Ben Kallo of Robert W. Baird said after the results were announced. “I don’t think anyone expected this big of a beat, but with a market cap over $600 billion it takes more to move the stock than it used to.”

“Our auto gross margin excluding credits has increased nearly 10 percentage points to our highest yet since the introduction of Model 3,” Chief Financial Officer Zachary Kirkhorn said on a conference call with analysts. That was possible because Tesla has lowered the cost of making cars more than it has cut prices, he said.

While Tesla is still by far the world’s biggest automaker by market value, its shares have declined 6.8% this year even as the S&P 500 has reached new highs. More-established peers, such as General Motors Co. and Ford Motor Co., have rallied as they have aggressively pushed into the nascent electric-vehicle market.

More competition from rival EVs comes against a backdrop of supply-chain challenges from a global semiconductor shortage and higher commodity prices. Chief Executive Officer Elon Musk said Tesla has had factory shutdowns due to parts shortages but was able to find substitute suppliers for some semiconductors. He warned the chip shortfall may crimp Tesla’s plans for boosting output.

“The global chip shortage situation remains quite serious,” Musk said on the call. “It does seem like it’s getting better, but it’s hard to predict.”