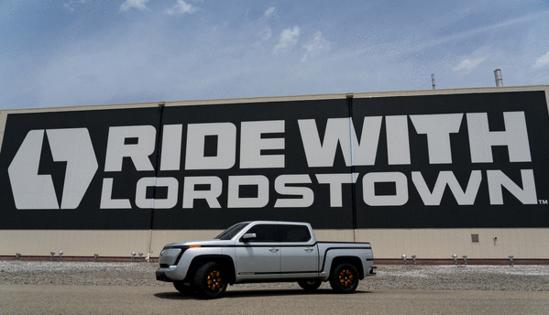 The Ohio-based startup and YA II PN Ltd., a fund managed by New Jersey-based Yorkville Advisors Global LP, formed an equity purchase agreement on July 23 in which YA agreed to purchase up to $400 million of Lordstown's Class A common stock with the price equaling or exceeding $7.48 per share, according to a filing Monday with the Securities and Exchange Commission.

Lordstown's stock jumped 10% after the announcement, but then declined throughout the trading session and closed down 2.5% at $7.29 per share. The investment comes after months of struggle for the startup, which told the SEC last month it might not survive the next year without additional funding. Lordstown is one of several automakers trying to be first to market with an electric pickup — a difficult and capital-intensive task especially for startups like Lordstown, which took over a massive former General Motors Co. plant in northeast Ohio in late 2019.

"It’s still major uphill battle for Lordstown but this is a step in the right direction from a funding perspective," Wedbush Securities analyst Daniel Ives said in a statement. "Still a long road ahead but gives investors some hope."

The startup recently disclosed that federal prosecutors in Manhattan are investigating its vehicle pre-orders and its merger with blank-check company DiamondPeak Holdings Corp. The SEC is also investigating Lordstown.

Yorkville Advisors President and Partner Mark Angelo didn't reply to an emailed request for comment Monday about the firm's decision to invest in Lordstown.

The investment company has had its own issues with the SEC in the past. In 2012, the SEC filed an action against Yorkville Advisors, Angelo, and its chief financial officer Edward Schinik, charging them "with scheming to overvalue assets under management and exaggerate the reported returns of hedge funds they managed in order to hide losses and increase the fees collected from investors," according to a SEC release from that time.

The case was dismissed in October 2018.

"It takes a big stomach for risk to commit to buy that much stock from a company with a reputation for performance and candor like Lordstown’s," said Erik Gordon, a professor at the University of Michigan's Ross School of Business.