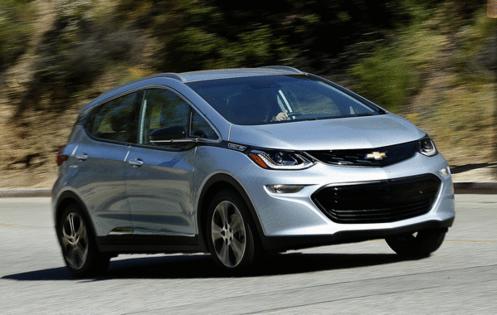 General Motors Co. is investing billions into its electrification transition as it simultaneously deals with a repeat electric vehicle recall that's likely to come with hefty costs and the risk of alienating consumers from EVs.

For the second time in less than a year, GM recalled more than 68,000 Chevrolet Bolt EVs globally from model years 2017 through 2019 for a potential battery fire risk. The latest recall on Friday came after a Bolt in Vermont repaired under the previous recall remedy still caught fire, upping the number of GM-confirmed Bolt battery fires to nine. There have been no fatalities, the automaker said, but in two instances, there were smoke inhalation injuries.

A second recall for GM's first 21st century EV is a bad look for the Detroit automaker, experts say, as it embarks on a multi-billion dollar journey to morph from a century-old automaker known for its truck power to a green tech-focused EV company. It complicates efforts to persuade consumers to accept the unknowns of a new technology that — like internal combustion engines — has some issues.

"It's not like recalls can't happen more than once for the same issue," said Karl Brauer, executive analyst for iseecars.com, a vehicle search site. "But every time that happens, as a consumer, you know your impression starts to be like: 'OK, this is like an inherent problem with whatever the vehicle is or whatever the recall is related to ... it's not like this one-off thing.'"

Drivers of the affected Bolts will again have to take their vehicles to the dealership for a fix, but GM and battery partner LG Energy Solution are still working to determine the exact repair process.

The companies say they now know "the simultaneous presence of two rare manufacturing defects in the same battery cell" is the root cause of the fires. They will have the Bolt battery modules reviewed for these defects and replace them.

The National Highway Traffic Safety Administration opened an investigation into the Bolt fires in October 2020 "and continues to evaluate the recall remedies and reported incidents, including fires," the agency said.

It's important to keep the number of fires and recalled vehicles in perspective, Brauer said. When GM first recalled the Bolt in November 2020, it had confirmed five fires. Now, it has confirmed four more.

"I don't know how many times that's happened to an internal combustion vehicle ... that it's been stationary, sitting in the garage, and starts to catch on fire," Brauer said. "That's where it gets a little tricky when the numbers are small, but they still tie directly to the nature of an EV, which is batteries getting hot and catching on fire."