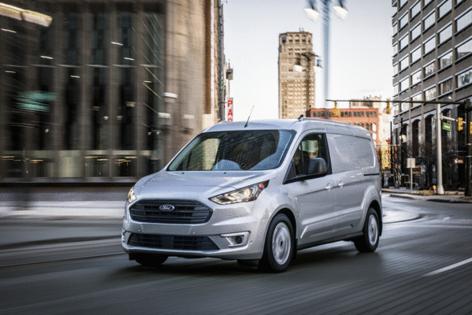 The vehicle, currently built only in Spain, is expected to start production in North America in 2023, said Sam Fiorani, vice president of global vehicle forecasting at AutoForecast Solutions based in Chester Springs, Pennsylvania.

The van is built in Europe for most global markets, and the vans built in Mexico will be sold in North America, he said.

Ford declined to confirm or deny a plan to move van production to Mexico.

The strategy to build trucks in Mexico allows companies to avoid the burden of higher tariffs on trucks, U.S. analysts say. Currently, if the vans are purchased in the U.S. as passenger wagons, they're subject to a 2.5% tax; cargo vans are subject to 25% duty.

Suppliers have begun planning for production in Mexico, said Fiorani, who works closely with industry sources.

The timing of any Ford announcement on the fate of the Transit Connect, Fiorani said, may relate to negotiations with federal officials involving up to $1.3 billion in import penalties. The van is built in Europe for most global markets, and the vans built in Mexico will be sold in North America.

This penalty would be on top of the $196 million Ford paid in 2020 to U.S. Customs and Border Protection related to the Transit Connect. The legal battle is part of a years-long tariff dispute in U.S. courts between Ford and federal customs officials. Ford has been accused of sidestepping tariffs by classifying cargo wagons as passenger vehicles.

Ford is already building its all-electric Mustang Mach-E and Bronco Sport in Mexico. The upcoming Maverick pickup will be built there too, the company has confirmed.