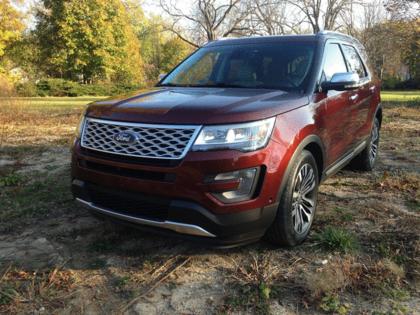 Ford Motor Co. has confirmed a recall of more than 620,000 Explorer and Police Interceptor SUVs in the U.S. and its territories, one year after the National Highway Traffic Safety Administration raised concern about roof rail covers that could potentially create a road hazard.

At issue is the problem of pins that loosen and allow the roof rail covers to detach.

"A roof rail cover that detaches while driving can create a road hazard for other road users, increasing the risk of a crash," said a federal regulatory filing dated May 5.

The company said it is not aware of any reports of accidents or injuries.

Dealers will be notified Wednesday. Customer notifications will begin the week of June 28 and end by July 2.

"This situation is caused by incomplete or improper interaction between the roof rail cover and the molded retention pins which can result in reduced retention strength," according to the federal filing.

The component manufacturer of the roof rail covers and retaining clip is listed in federal documents as JAC Products based in Saline. The recalled part was introduced on Sept. 19, 2014, and taken out of production on March 3, 2019.