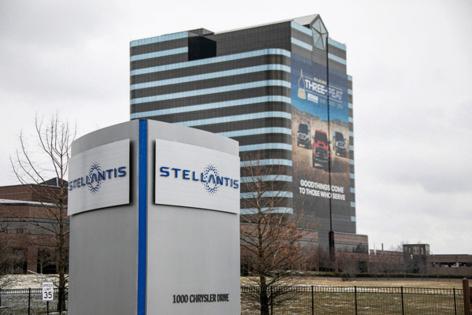 The global semiconductor shortage continues to crimp production at Stellantis, but the company's chief financial officer sees some upside to the impact on vehicle inventories that could continue beyond the immediate crisis.

CFO Richard Palmer told analysts Wednesday during a webcast for the company's first-quarter financial results that inventories might not need to bounce back fully. A leaner inventory picture makes the business more nimble, he said.

"I don't think we will be pushing to necessarily go back to the same levels of stock we had in the past," Palmer said. "The organization is learning to function with lower levels of stock and seeing the benefits."

Despite that, Palmer noted that the company could benefit from higher levels of inventory in one particular region, North America.

Stellantis, which formed from the merger in January of Peugeot-maker PSA Group and Fiat Chrysler Automobiles, lost 11% of planned production, or 190,000 vehicles, during the quarter and the company expects a bigger hit in the second quarter before things improve later in the year, according to the company presentation.

Stellantis is not alone in feeling the pinch of the chip shortage as automakers across the globe, including Ford and General Motors, have had to curtail production. The company's strategy, like that of its competitors, has been to maintain production of its most profitable vehicles, such as the Sterling Heights-built Ram 1500 pickup over the last month while it stopped making other vehicles. That has also, however, had a direct impact on workers at six North American Stellantis plants, with varying production disruptions at plants in Michigan, Illinois, Ontario and Mexico.

“We're definitely seeing that automakers are being clever in how they're allocating the chips,” said Michelle Krebs, executive analyst at Cox Automotive.

The standard industry metric for discussing inventory levels is days' supply, and that number was down across the board for popular pickups among the Detroit Three. As of April 12 compared to March 29, according to data from Cox, the Chevrolet Silverado was at 28 days' supply on April 12 from 32 on March 29, the Ford F-150 was at 42 from 50 and the new version of the Ram 1500 was at 52 from 57.

Krebs said the impact of the inventory squeeze is juicing sales.

Most of it works, but the big news is that M4 is no longer the brand’s premier...Read More

Remember the Nissan Pathfinder? You know, the 2012 model, the one that was a true SUV. Its 310-horsepower V-8 could tow your house down the block if necessary. But that changed for 2013, when it was recast from a rugged ...Read More

The new "hands-free" driving system from Lexus isn’t really hands free, but that doesn’t mean the luxury brand’s Teammate driving assistant doesn’t work. It does exactly what Toyota wants it to do. What’s ...Read More