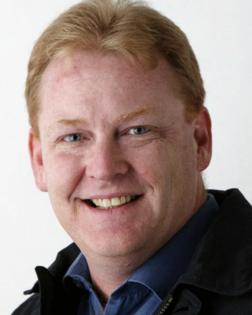 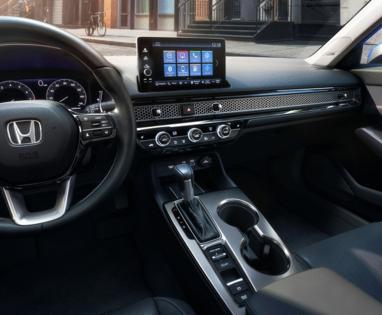 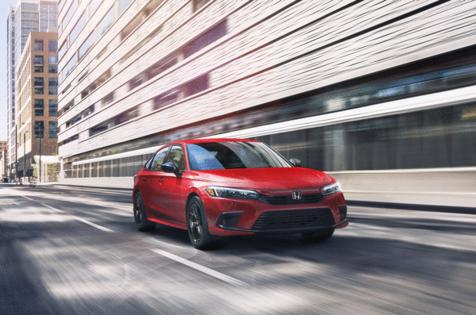 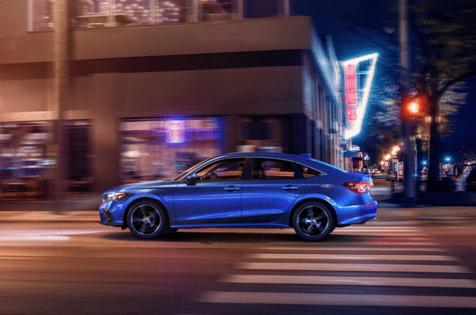 Honda revealed a bigger and better-equipped 2022 Civic compact sedan Wednesday evening, adding new levels of technology and a new company-wide infotainment interface to the 11th generation of one of America’s favorite cars.

The new model does not have a hybrid model or any advanced electrification, but EPA fuel economy estimates improve 1-2 mpg, depending on the model.

American’s have bought 12 million Civics since the little car launched Honda on the path to success. Honda says it’s the No. 3 selling passenger car in the U.S. over the last 48 years.

The exterior design borrows from Honda’s larger Accord sedan, with a long hood, short rear deck and sweeping horizontal grille and headlights that emphasize the appearance of width.

The 2022 Civic has more passenger space but a smaller trunk than the outgoing model.

It adds standard safety and driver assistance features. The top Touring model gets upscale features including Bose audio and a 9-inch touch screen.

Prices will be announced closer to the start of sales this summer.

Honda will build the 2022 Civic sedan in Alliston, Ontario. A hatchback version will come from a plant in Greensburg, Indiana. More information about the hatchback will be available later.

Q: I hate sticky fingers – especially when my leather covered steering wheel becomes sticky. During the pandemic I discovered that disinfecting wipes did an excellent job of totally removing stickiness with no apparent ...Read More

In a reversal, Lordstown Motors' new management said the company isn't so bad off after all and has enough confirmed preorders for its electric pickup to start production this fall with enough money to run through early ...Read More

The vehicle, currently built only in Spain, is expected to ...Read More

The troubled electric truck maker Lordstown Motors announced the immediate resignation of its CEO and CFO on Monday.