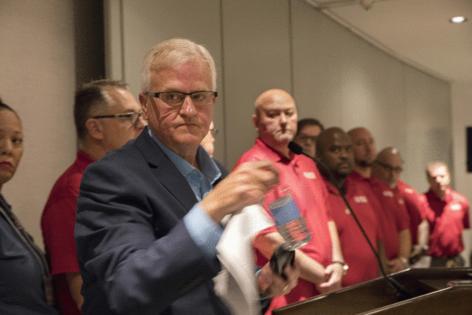 General Motors has picked a fifth plant to build its 2023 electric vehicles and it is in Mexico, which the UAW calls "a slap in the face."

GM has already declared it will make EVs at four locations in the United States and Canada.

But on Thursday, GM said it will invest more than $1 billion at its manufacturing complex in Ramos Arizpe, Coahuila, Mexico, for a new paint shop and innovative technology that will start operations in June 2021.

In a statement, GM said part of the initial investment is to prepare the site for "an expansion of the assembly and Global Propulsion Systems plants, to make Ramos Arizpe Complex the fifth GM manufacturing facility to produce electric vehicles."

The other plants are: Spring Hill, Tennessee; Factory ZERO in Detroit and Hamtramck, Orion Assembly in Orion Township and CAMI in Canada.

“We are really proud about contributing to GM's vision of a future with zero crashes, zero emissions and zero congestion, by the production of electric vehicles,” said Francisco Garza, GM Mexico president and managing director, in a statement. “We are confident that future economic conditions will enable this investment to eventually grow the complex workforce in some operations from two to three shifts."

“At a time when General Motors is asking for a significant investment by the U.S. government in subsidizing electric vehicles, this is a slap in the face for not only UAW members and their families but also for U.S. taxpayers and the American workforce," said Terry Dittes, UAW vice president and director of the General Motors Department.