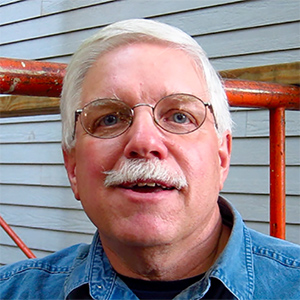 Ask the Builder: The challenges of building on solid rock 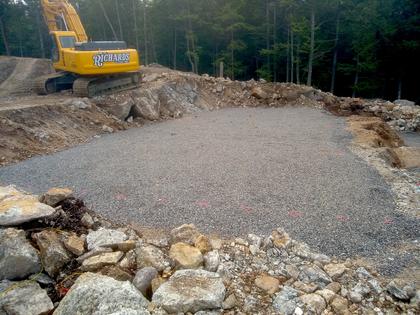 I live in central New Hampshire, aka The Granite State. They don't call it that for nothing. My own house sits directly on top of one of the enormous granite plutons, the Meredith Porphyritic Granite. A giant piece of this solid bedrock is right next to my driveway. What a perfect place for me to live, considering my college major was geology.

This granite formed 340 million years ago about 80 miles beneath the surface of the planet along the edge of a tectonic plate. Giant blobs of this molten rock slowly floated up to the surface over millions of years, cooling ever so slowly during its journey. A pluton resembles a hot air balloon both in shape and movement. Many geologists consider the Meredith Porphyritic Granite to be the most beautiful rock in all of New England because of its massive feldspar crystals and mica inclusions.

About a month ago I was eating breakfast and I thought I heard a sonic boom. Just north of where I live military planes routinely practice flying over the White Mountains, and I thought one had gone astray and was making a fast tight turn to get back to where it should have been.

It turns what I had heard was preparations for a new home site near my house. A blasting company was using hundreds of pounds of dynamite in the process of pulverizing tens of millions of pounds of Meredith Porphyritic Granite, shaking my house every other day for three weeks.

You have to want to build badly if you decide to go to all this trouble to blast solid rock. First and foremost, blasting is expensive. Two previous owners of the lot, which sits above mine, went bankrupt trying to prepare the site for a house. They ran out of money and sold the land to the next person in line. Apparently, the current landowner has much deeper pockets, as the blasting is complete and he’s about to pour a footing.

It’s one thing to build a smaller lighthouse on solid rock, but it’s quite another to build a typical residential home on top of solid bedrock. You may be thinking of buying land to build your dream home. If so, be sure to review the soil map to check the depth of the soil on the lot you want. These soil maps are usually available online at no cost.

Building on bedrock makes some tasks that are normally simple painfully difficult. Let’s run down the list.

Digging any hole or trench requires blasting. In normal deep clay soil, an excavator can dig a 10-foot deep 2-foot-wide trench for a sewer line in an hour or two. Forget about doing this in solid rock. There’s no way you’ll discover city sewers in most places where you have solid rock just inches beneath the surface. It’s just too expensive to install sewers in these conditions.

This means you’ll probably have to blast out an area for your septic tank. What kind of special septic design will be required for the leach field that is perched above the solid rock? This is something you want to talk about with a septic designer before you make an offer on the building lot.

Did you want underground electricity into your new home? The National Electrical Code is quite specific about how deep these lines must be buried. Will you have to blast that trench too?

In recent weeks I have done quite a few telephone consultation calls. One in particular stood out, and it should be of particular interest to you if you’re planning on remodeling a kitchen or building a new home, a large...Read More

Q: Tim, you helped me years ago, and now I’m back. I’m going to build a freestanding deck at my house during my vacation. After watching lots of online videos, I’m somewhat confused about how to connect the deck ...Read More

You may wonder if the new belle of the ball, a 3D printed house, is really going to cost you less money to build than a normal house in these times of stratospheric lumber prices. Some publications fawn about new ...Read More

After seeing news of the tragic, sudden collapse of the 40-year-old condominium building near Miami, my wife had all sorts of questions.

We’ve dated since high school, and she knows I’ve got a geology degree instead ...Read More

Recently a 75-year-old man submitted a question on the Ask Tim page at AsktheBuilder.com. I get quite a few each week and answer each one. This particular question put a huge smile on my face because it screamed “...Read More