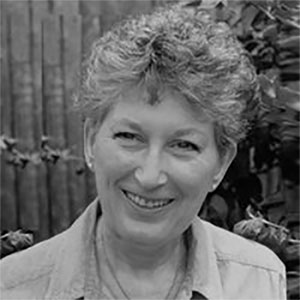 Q: This is a photo of an antique child's chair. It stands about 18 inches tall, and the seat is 11 inches by 11 inches. I think the thick seat is oak. The frame and spindles are some type of hard wood. I was told that the frame, legs and spindles were sold by traveling salesmen in rural areas. All the buyer had to do was provide the wood plank for the seat and then glue it all together. We think it has survived in our family since the late 1800s. The chair is in excellent condition.

Anything you can tell me about our chair will be appreciated.

A: The design of your smoker's bow child's chair is rooted in the Windsor chairs made in the early 1800s. The curved back, also known as a smoker's bow, was supported by spindles. It was made by steaming the wood to create the bow. In the full-sized chairs, the back was called the smoker's bow because the curved arms were the right size to support a person's arm when smoking a pipe. The legs, stretchers and spindles were turned by the maker. A variety of woods was used, including beech, elm, ash, walnut and maple.

Q: This mark is on the bottom of a small porcelain vase that I have. I bought it at an antiques shop at least 40 years ago. It is decorated with a mountain scene of a home along a stream. It stands about 5 inches tall. It is a cylinder shape and has small handles to the top.

Does it have any value?

A: The mark you provided was used by the Morimura Brothers. They had offices and showrooms in New York City and imported porcelain from Japan."Nippon" is the Japanese word for "Japan." In 1890, the McKinley Tariff Act was passed. It raised taxes on goods from foreign countries and required all objects exported to the United States to be marked with the name of the country of origin. William McKinley was the chair of the Ways and Means Committee and led the push to pass the act. He later became president of the United States. In Japan in the late 1800s, brothers Ichizaemon and Toyo Morimura established their exporting business, Morimura Gumi, in Japan. They began exporting fine china marked "Nippon." The Morimura had showrooms in both New York and London. The name was later changed to Noritake, and they continue to be in business.

Q: This is a photo of the cover of a Cameo Classics hardcover book that I have. On the cover is the title: "The Ballad of Reading Gaol" by Oscar Wilde. In the center of the cover is an ivory cameo of a man. It was ...Read More