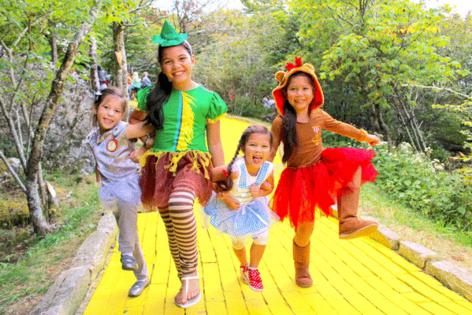 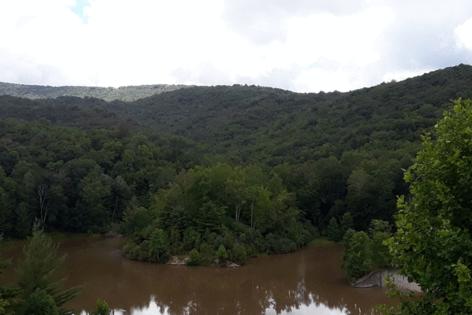 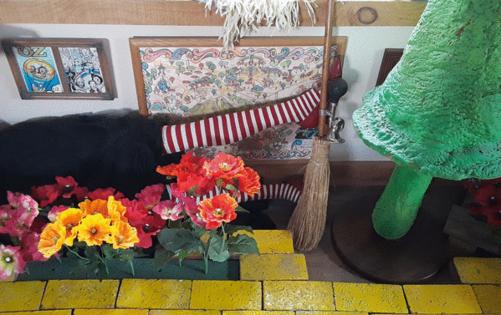 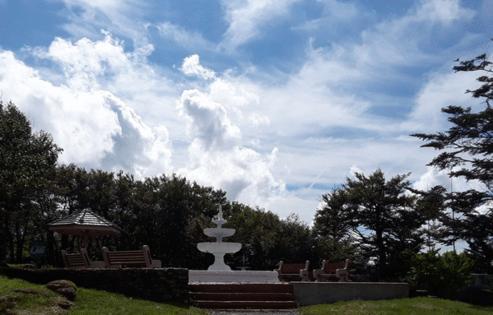 Way up high — reaching 5,506 feet into the sky — is a land of enchantment perched atop Beech Mountain in North Carolina, replete with Professor Marvel’s Wagon, a pair of ruby red slippers and Toto, too.

Here, in the highest town in the eastern part of the country, an annual celebration takes place over three weekends in September: Autumn is Oz is the song and the story come to life — an over-the-top and over-the-rainbow Wizard of Oz festival, one of the largest of its kind in the world and featuring character meet-and-greets, unique shopping experiences, a variety of food and beverages and eight live performances.

Opened in 1970, the vision of designer Jack Pentes and built by Grover Robbins and his brothers Harry and Spencer, the Land of Oz was a theme park that brought Kansas, Munchkinland and the Emerald City to the mountains of North Carolina. Park elements, including the Wicked Witch’s Castle and the Cowardly Lion’s den, were integrated into the mountain’s natural setting. Pentes’ design was so seamless that, according to park caregiver Jenna Greer — a former theme park “Dorothy” performer — only one tree was cut down to accommodate everything Oz.

The park closed in the fall of 1980 and several years later parts of the park, including the Emerald City amphitheater stage, gift shops and a balloon ride, had to be demolished, but the heart and soul of this magical land — along with Auntie Em’s and Uncle Henry’s farmhouse and, most importantly, the Yellow Brick Road — remained. In the late 1980s, a reunion of original park employees wished upon a star and today, the Land of Oz offers special events, typically between June and September, including Autumn in Oz.

Off to see the wizard

Before skipping down the Yellow Brick Road, make a stop at the Beech Mountain History Museum, a tiny treasure run by Beech Mountain Historical Society volunteers, to see a diorama of the Land of Oz layout. Seeing the theme park in miniature and learning about its colorful backstory will help put you in an Oz frame of mind.

Tim Hollis traveled the route in 2016 while doing research for his book, "The Land of Oz," available for purchase at the museum. Hollis noted the park is more popular now that it was during the 10 years it operated as a theme park.

“You have to remember that between 1970 and 1980, the only way to see the MGM movie was when it was broadcast on network TV once each year,” he said. “Miss it, and you had to wait another year to see it again.

“After the advent of home video, people and their kids could watch it over and over again any time they pleased. That increased its popularity several thousandfold.”

With that, it’s off to Oz, tickets in hand, to experience Autumn in Oz, beginning with the breathtaking views at mountain’s top seen from the Over the Rainbow Observation Deck and then moving onto the Fountain of Youth and the Gale’s farmhouse, built in 1969 in preparation for the then-theme park’s 1970 opening and much of it original. Be forewarned ... A tornado will come, the house will quake, and visitors will open the door to the stuff of childhood dreams.

Step onto the Yellow Brick Road, stretching nearly a mile long and comprising some 44,000 bricks. It follows the natural curves, dips and inclines of its mountain setting and is lushly lined with colorful mushrooms, gnarled up crabby apple trees (the very type that slapped Dorothy’s hand) and poppies. Those who ignore the movie’s famous warning, “I’d turn back if I were you,” will see the Wicked Witch’s Castle and her giant crystal ball, but they’ll also see the Scarecrow, Tin Man, Cowardly Lion and Glinda, the Good Witch along the way.

While Autumn in Oz concludes on Sept. 26, Beech Mountain Resort remains open until Oct. 2. Before ski season gets underway, the resort doubles as a downhill mountain bike park — and you can watch these daredevils from a seat on the scenic ski lift as you ride to the top, leaf peeping as fall sweeps through Blue Ridge Mountains. At the summit, enjoy live music and drinks at the 5506 Skybar while taking in those unsurpassed vistas.

Head to the Buckeye Loop for a gentle walk or check out a kayak or canoe at the Recreation Center to paddle Buckeye Lake. Life jackets are included for boating on this small and scenic lake surrounded by 50 acres of parkland.

As good as Auntie Em’s crullers

The Land of Oz is not the only thing that enchants visitors to the area; the restaurant scene entices with its variety of locally owned places. Many of them are family-owned and none of them are chains.

Some, like Fred’s Backside Deli, are pure poke-around quirky fun. It’s a deli serving homestyle breakfasts, made-to-order sandwiches and more. A second room is a gift shop. Upstairs is Fred’s General Mercantile and above that, an art studio and more merchandise, including kitchenware arrayed in a vintage kitchen. It’s got everything — indoor and outdoor seating, views, fresh produce, souvenirs — and is not to be missed.

Others, like the Alpen Inn, show that the classics never go out of style. A traditional European inn, the restaurant is all about fine dining in a cozy setting, with fireplace, handcrafted bar and surrounding mountain views of the turning leaves creating a setting for lingering over a menu of steaks, seafood and pasta, good wine and well-made cocktails.

The Famous Brick Oven Pizzeria has an espresso bar and the mountain’s largest selection of beer, plus mini golf course, an arcade and air hockey table. Holy Smokes BBQ serves up traditional North Carolina barbecue, along with the restaurant’s own line of signature Apple Butter BBQ and other sauces and spreads. The award-winning Mi Jalisco Mexican Grille, located in 4 Seasons at Beech, offers a huge menu of choices and several flavors of margaritas. Poppy’s Coffee Shop is the place for your morning cuppa and a scone or other baked yummy.

Celebrating over 50 years of magic, Autumn in Oz is the only event of its kind where visitors are immersed in the classic Frank L. Baum story.

Plan to join one of the most famous cast of characters during the weekend of Sept. 17-19 or Sept. 24-26. (Held over three weekends annually in September, the event kicked off the weekend of Sept. 10-12.) General admission tickets start at $55. VIP tickets start at $68 and include fast-track access to the park and seats in the VIP Section in Emerald City where the shows take place. Tickets: www.landofoznc.com/autumnatoz.

Klonteska Condominiums at 4 Seasons at Beech are as comfortable as Dorothy’s digs at Auntie Em’s (save for the flying window), well-furnished but not too fussy, where you can put on the fire, put up your feet and enjoy lazing after a day exploring the mountain. Two- and three-bedroom units feature a private balcony with mountain views, fireplace and fully equipped kitchen among other amenities.

So you want to start exercising more after a lifetime of cubicle-dwelling, and have settled on the sport of millions: running. Congrats — it is great exercise, and it can be very rewarding.

But please — if you're over...Read More