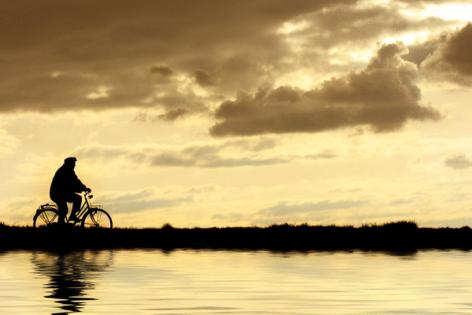 We’re living longer, but not necessarily better. As the population over 65 in the United States is projected to double by 2060 — with one in five residents in retirement age — so will the number of Americans needing long-term care services.

A new study suggests targeting aging itself — rather than individual diseases associated with it — could be the secret to combatting many health care costs traditionally associated with getting older.

“People don’t think about aging as something that is treatable or should be treated like a disease,” said David Sinclair, co-director of the Paul F. Glenn Center for Biology of Aging Research at Harvard Medical School and one of the authors of the study. “But it is a disease. It’s just a very common one.”

As we get older, there are certain complications we’re more likely to develop as a result of senescence — the process of deterioration with age — itself.

Aging — biological changes over time that lead to decay and eventually death — increases the risk of chronic ailments like Type 2 diabetes, heart disease, cancer and Alzheimer’s disease. As average life expectancy increased throughout the 20th century — and is slated to rise another six years by 2060 — the impact of these age-associated diseases has become more pronounced.

The traditional medical approach has been to treat diseases as they appear. A rising field known as “geroscience” instead asks the question: What if we could extend the number of years we’re healthy, rather than simply expand our number of years?

“Instead of practicing health care in this country, we’re practicing sick care — or what I call ‘whack-a-mole medicine,’” said Sinclair, a biologist who focuses on epigenetics, which studies how behaviors and environments impact a person’s gene expression. “Medical research is moving towards not just putting Band-Aids on the symptom of disease, but getting at the major root cause of all major diseases — which is aging itself.”

By focusing on health interventions that aim to delay the frailty and disability that comes with age, experts in the field attempt to slow — and in the future, even reverse — the biological realities of aging.

The new research, published on July 5 in Nature Aging, looked at the potential economic impact of such an approach.

The study compared current disease-based interventions to a test scenario using Metformin — a diabetes drug that appears to protect against age-related diseases, but is currently not approved for over-the-counter use — as a hypothetical aging intervention that would increase the “healthspan” as well as the lifespan.

People frequently write to me with an idea to change Social Security law in some way that they think is clever and unique. But I usually must tell them that their proposal has been considered in the past. After all, Social...Read More