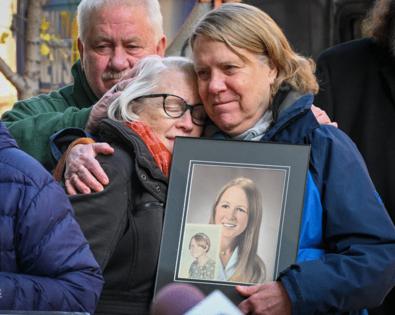 The Roman Catholic Archdiocese of Baltimore does not oppose the Maryland Attorney General’s Office’s efforts to make public a report detailing sexual abuse and torture committed by area priests and laypeople over 80 years, so long as it is accurate, a spokesperson for the church said Friday.

“The archdiocese does not object to the release of a report which accurately details the heinous crime and sin of child sexual abuse perpetrated by members of the clergy and also fairly and accurately details how the archdiocese responded to such allegations, even when the response fell far short of how such allegations are handled today,” church spokesperson Christian Kendzierski wrote in an email to The Baltimore Sun.

Kendzierski’s email carried the subject line: “AOB (Archdiocese of Baltimore) does not object to the release of the report.” Reached by phone, Kendzierski said the church had not determined the accuracy of the attorney general’s report.

Baltimore Archdiocese leadership has had the full report since midday Tuesday, when Attorney General Brian Frosh’s office informed it of its plans to file a motion seeking the report’s public release, attorney general spokesperson Raquel Coombs told The Sun.

It’s not clear what, if any, sections of the report the church may disagree with.

The report is not available to the public — much of it is derived from grand jury materials, which are secret under Maryland law — and the attorney general’s office filed a motion Thursday in Baltimore Circuit Court asking a judge to waive grand jury privilege.

The Archdiocese of Baltimore has 15 days to respond to the attorney general’s motion. Because the proceedings also involve grand jury material, they are not open to the public.

“The archdiocese is participating in the court process, and understands that the courts rightly expect the law on grand jury materials to be followed and due process to be respected,” Kendzierski wrote, adding that the church will “continue to cooperate” in the attorney general’s legal process.

The 456-page report is the culmination of a four-year-long investigation conducted by Frosh’s office in which the agency interviewed more than 100 people and reviewed over 100,000 of the archdiocese’s own documents. Special Assistant Attorney General Elizabeth Embry and Investigator Richard Wolf determined at least 158 priests and other church officials had sexually abused more than 600 people.

Lawyers for the attorney general wrote in the motion that there are “almost certainly” hundreds more victims than those the agency uncovered. What’s more, the church played an active role in covering up the abuse, failing to report it to authorities.

BALTIMORE -- Huda Hasan can trace the confidence she has both in herself and in her Islamic faith to time she spent in a classroom with Maryam Azam.