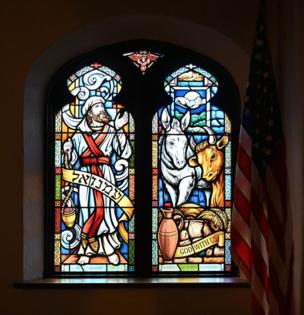 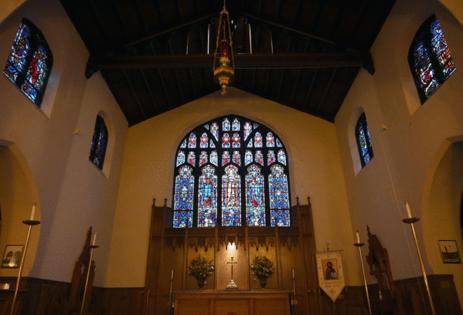 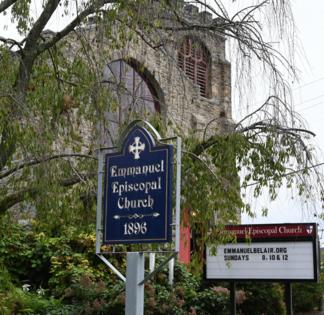 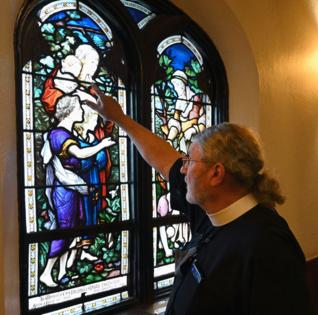 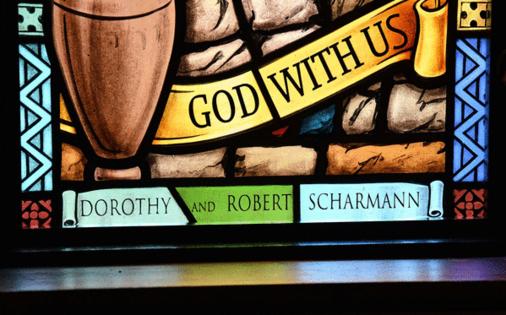 The church was built in 1896, and because there was no electricity at the time, the original windows were made of yellow glass to bring in as much light as possible. Once the church had electricity, churchgoers were invited to purchase stained-glass windows to replace the original ones.

The windows depict Jesus, the things He did and the progression of His life. The first two windows were installed in the 1930s, created by the studio now known as Associated Crafts & Willet Hauser, originally based in Pennsylvania but now based in Minnesota.

The 24 windows installed after that are all from the same studio, Gatza said, as they’ve used four generations of their artists. Gatza said the studio is “theologically literate” in ways that other stained-glass studios are not and can pick up on the fine details in recreating a biblical scene.

The final window, which was finished in July, depicts the prophet Isaiah in the Temple of Jerusalem.

“One of the gifts that we try to give back to Bel Air,” Gatza said, “is a quiet, beautiful place to sit in the middle of town to sort of meditate, pray, get away from the noise.”

The gradual pace of the project was due to the fact that windows were installed at the rate at which people purchased them, whether they were in dedication to a loved one or to honor an event. The average cost of a window is about $28,000, Gatza said.

“The fact that we were able to do this slowly but surely over time,” Gatza said, “is a testament to the fortitude but also to the sense that people, even if they did not have great means, still wanted to make sure that they were, in a way, investing in the church for the future.”

Gatza said that these windows and their many bright colors contribute to a “multisensory experience of worship.”

This last window, as well as the three windows finished in 2019, will be consecrated in December by the Rev. Eugene Sutton, bishop of the Episcopal Diocese of Maryland.