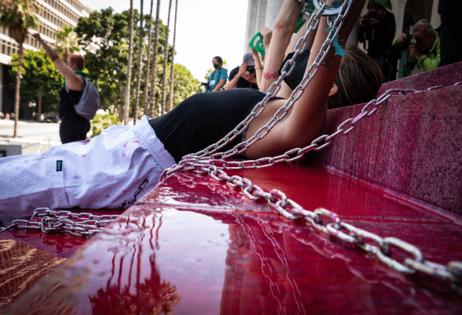 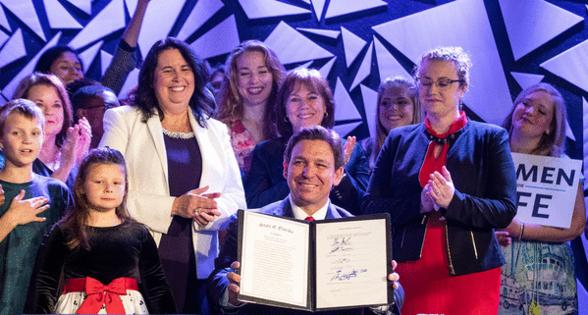 LOS ANGELES — For 25 years Rabbi Barry Silver has served as the spiritual leader of L'Dor Va-Dor, a progressive synagogue in Boynton Beach, Florida. Like most congregational rabbis, he offers a Jewish perspective on major life events, giving weekly sermons, performing weddings, funerals and baby namings, and occasionally counseling congregants wrestling with whether to have an abortion.

Silver tells his congregation that contrary to Roman Catholic and evangelical teachings, which state that life begins at conception, traditional Jewish law, known as Halakha, says life begins at birth: when the baby draws its first breath. Before then, the mother's physical and emotional well-being is paramount.

In some extreme cases — such as when the mother's life is at stake — an abortion is not just permitted by Jewish law, but required.

"Right in the beginning of the Torah, Genesis states that God formed the human, Adam, from the dust of the Earth, like you create a work of pottery. Then he breathed the breath of life in him and he lived," Silver said. "We equate breathing with living."

For decades, anti-abortion Catholic and evangelical Christian perspectives have dominated the religious conversation around abortion. But people of faith hold a variety of views on the issue, rooted in their own traditions, teachings and laws.

Muslim teachings hold that the soul is breathed into a fetus 120 days after conception, and other religious groups — Unitarians, the Oklevueha Native American Church, and the Satanic Temple (a global organization that is headquartered in Salem, Mass., and that, despite its name, doesn't actually worship the Prince of Darkness) — considerreproductive choice and bodily autonomy to be sacred.

Even Catholics are far from united in their views on the issue, with 56% saying abortion should be legal in all or most cases, according to a 2019 Pew Research Center survey.

Silver, a progressive activist who also works as a civil rights attorney, made headlines this month after he filed a religious liberty lawsuit challenging a Florida law that bans abortions after 15 weeks of pregnancy. He said the ban makes abortion unlawful even in situations in which it's mandated by Jewish law. Silver is the first religious leader to file such a suit; legal experts say that after the U.S. Supreme Court's June 24 decision overturning Roe v. Wade, he won't be the last.

"One hundred percent, we're just at the beginning of the religious liberty lawsuits," said Candace Bond-Theriault, director of racial justice policy with the Law, Rights, and Religion Project at Columbia Law School.

Leaders of religious organizations are talking internally and with one another about what the court's reversal of Roe in its Dobbs v. Jackson ruling means for religious freedom. At stake, they say, is not just the free exercise of their religious beliefs, but also the fear that a single theological perspective will dictate state and federal law.