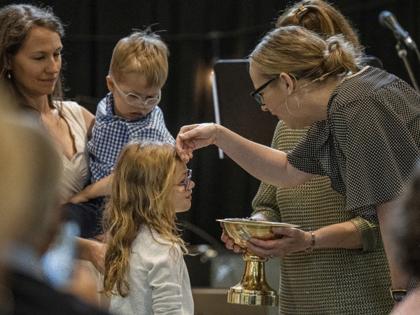 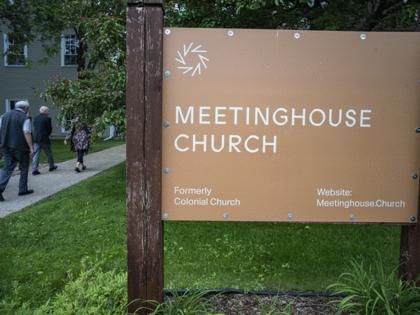 After a divisive, two-year process that included weekly meetings with a local branding studio, the church ditched a name linked to colonialism and adopted one it hopes will be more welcoming.

"Under a new name, we now have permission to do some different things — to refocus, re-identify, reconnect, redirect in ways that somehow we just weren't able to do under the 'That's not the way we do it at Colonial Church' kind of idea," said senior minister Jeff Lindsay.

The change comes as many congregations in Minnesota and across the country reconsider their names and examine their brands in an effort to reflect current sensibilities on history and racial justice. They're also reacting to dwindling numbers in the pews, especially among young people. In 2020, fewer than half (47%) of all Americans told Gallup they belong to a house of worship.

For decades, Minnesota churches have been dropping denominations from their names. One of the more recent to rebrand was Roseville's Bethany Baptist, which became Community of Nations Church in 2020.

"We're in an interesting time with regard to name, I think, and identity," said Rev. Emily Meyer, executive director of the Ministry Lab at United Theological Seminary in St. Paul.

Meyer first noticed churches removing denominations from their name in the 1990s. Now any mention of denomination is regularly absent from official names and online church descriptions.

"I think that's happening for a number of different reasons, primarily because identifying too closely with various denominations gives a very clear indication of what you are supposed to exclude," Meyer said. "Certain congregations are wanting to distance themselves from the exclusionary identity of their larger denomination."

The practice is widespread, but seems to be happening faster in certain denominations.

Many Baptist church names nationwide no longer include the denomination — though they maintain the doctrine — to distance themselves from Kansas' Westboro Baptist Church, known for using hate speech against LGBTQ people and other groups. In 2015, the entire Baptist General Conference rebranded itself as Converge.