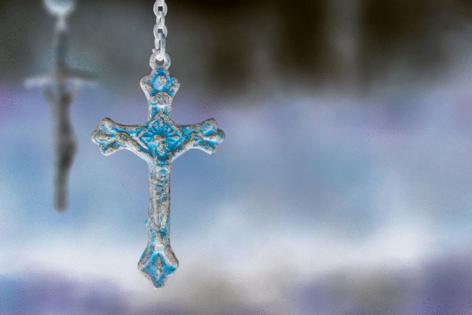 A Catholic diocese in Poland has apologized for asking the court whether a man who was sexually abused by a priest as a young boy was gay and whether he might have enjoyed the sexual encounters.

Janusz Szymik, 48, was an altar boy when the abuse began in the 1980s. Last year he sued the diocese of Bielsko-Zywiec, in southern Poland, in a civil court claiming that a priest in a local church had abused several boys, including him.

The priest, who has been identified only as Rev. Jan W., has admitted to the abuse.

Earlier this week, the Polish news portal Onet published some documents which had been submitted to the court by a lawyer for the church.

According to the documents, church officials wanted an expert “to check the plaintiff’s sexual orientation” and to determine whether he “showed satisfaction with maintaining an intimate relationship” with the man who abused him.

They also wanted to know whether he gained “material benefits” from the sexual encounters with the priest.

On Thursday, the diocese apologized for the documents that asked whether Szymik was gay, and for suggesting that he had enjoyed the contact with the cleric.

“We apologize to Janusz and to all who have been scandalized” by the questions, the diocese said in a statement, according to The Associated Press.

In an interview with the Polish news station TVN24, Szymik noted that Bishop Roman Pindel of Bielsko-Zywiec had initially shown compassion toward him for the abuse he suffered as a young boy.

“Previously, he expressed pain and regret and asked for forgiveness, and now he wants to prove ... that I am a homosexual person, that pedophilia gave me pleasure, that everything that happened was voluntary, that I benefited from it,” he said.

Szymik is seeking 3 million zlotys ($757,000) in compensation from the diocese for the abuse he suffered.

“The Righteous Gemstones” threads a thin line: making fun of megachurches without alienating their parishioners.

The HBO series, which last week returned for its second season, lives in the world of diamond-plated ...Read More

McCabe is the executive director of the Pope Francis Center, a day service for homeless people currently running out of ...Read More