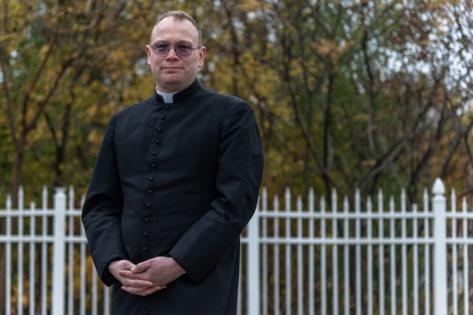 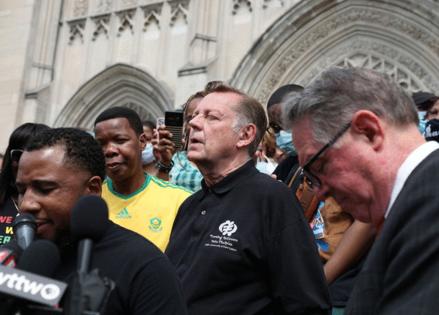 The appeal to withhold contributions from the collection plate was the latest in-your-face gesture from the Coalition for Canceled Priests, a group that formed in the Chicago suburbs last year to advocate for clerics it says have been unfairly removed from the Roman Catholic ministry by bishops.

Its provocative tactics, which have also included a Lincoln Park rally and a viral endorsement from Mel Gibson, reflect its belief that public and financial pressure are more likely to get results than working through the church hierarchy.

“I’m not saying that all bishops are bad, far from it, but there’s a lot of corruption going on,” said co-founder the Rev. John Lovell, who has been sidelined for nine years. " … There are priests being victimized who have done nothing wrong, and who don’t deserve the treatment they’re getting from church officials.”

Lovell said none of the 20 or so priests the coalition supports has been charged with a crime, and some have received no explanation for their exile.

Others, though, have been aggressively defiant toward their superiors. The conservative tilt of those priests, along with the group’s entry into battles over the Latin Mass and COVID-19 vaccines, has convinced some that the coalition exists primarily as an extension of America’s culture war.

“I am stunned by the level of audacity,” said John Gehring, Catholic program director at the social justice advocacy group Faith in Public Life. “There’s almost this parallel magisterium, sort of a shadow culture within the church where clergy and bishops declare what is orthodox, and have no obedience or deference to church authorities.”

Though the coalition has taken up the cause of priests around the country, its focus has been the Rockford Diocese, which includes some of Chicago’s western suburbs. Lovell said he is one of a dozen priests there who have been removed from ministry despite no finding of wrongdoing.

That equates to cancellation, he said, though diocese spokeswoman Penny Wiegert said priests can be “unassigned” for many reasons, including health issues. She declined to provide the number of unassigned priests in the diocese.