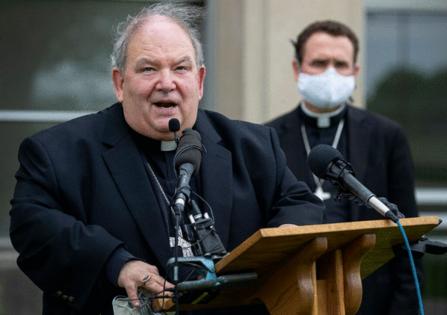 Lincoln called the church and left a message inquiring about the exemption. Her call was returned by a woman who confirmed that the church had a letter for requesting the exemption from employers. The church staffer even read her the letter, said Lincoln, who was outraged.

"I have no issue with people getting a religious exemption if it's legitimate, but it seems like they were just giving it out to anyone," said Lincoln, of St. Paul.

As a growing number of public and private employers issue vaccine mandates for workers or guests, many Americans are exploring religious exemptions to the rules. Such exemptions can be given if the vaccine violates sincerely held religious beliefs.

But there are no specific requirements or proof, or even standardized application forms, putting employers in an often difficult position of determining if the request is legitimate.

"There are certainly sincere objections to the COVID vaccines … but we know that some people are being encouraged to characterize their objections as religious, whatever the actual basis is," said Thomas Berg, a professor of law and public policy at the University of St. Thomas. "We know there are boilerplate exemption forms circulating online."

It's unclear whether Holy Trinity Church was actively promoting the exemptions, or simply facilitating exemption requests for those who asked. Its senior pastor, Rev. John Paul Echert declined to comment on the issue. His associate pastor is the Rev. Robert Altier, a well-known priest who last year was reprimanded by the Archdiocese of St. Paul and Minneapolis for telling parishioners that they've been "lied to" about the seriousness of COVID-19 and that he wouldn't take a vaccine unless "they force it upon me."

"It's an individual and personal decision whether to receive a COVID vaccine," Hebda wrote in a statement to area Catholics, noting that Catholic Church teachings say the vaccines are morally acceptable.

Pope Francis, for example, called getting a vaccine "a simple and profound way of promoting the common good." Leaders in most of the major religious traditions, including Muslims and Jews, also have encouraged members to be vaccinated. That complicates the exemption argument that the vaccine violates a specific religion.